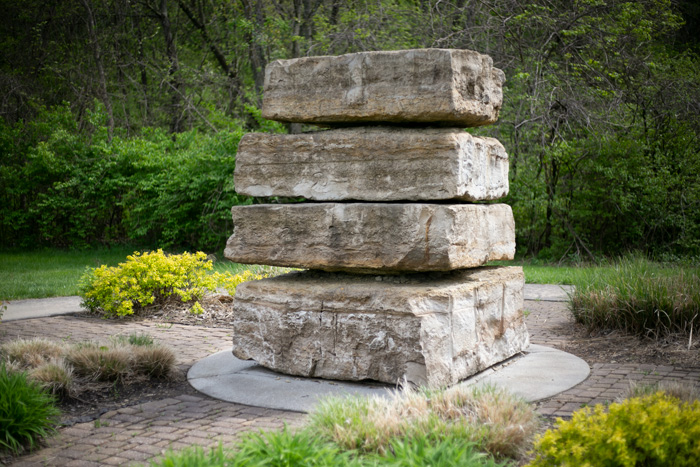 Shawnee is accepting applications for two newly established task forces to address public art and community engagement opportunities in the city. Above, the public art display “Chief Blackfish”, a tribute to Chief Blackfish on the south side of Blackfish Parkway near Summit Street. File photo.

The Shawnee City Council was divided last month on whether to set up the task forces.

On the one hand, half of the council spoke in favor of any initiatives that draw the public further into conversations with the city’s future, as well as initiatives for public art to enhance their experiences living here.

But some councilmembers opposed the two task forces’ creation, arguing that they lacked real purpose or goals.

Some also suggested the task forces could cost money for the city at a time when Shawnee is on the tail end of the ongoing COVID-19 pandemic and should focus its finances on other issues.

After some deliberation, the council voted 5-3 to establish a Community Engagement Task Force, with councilmembers Eric Jenkins, Mike Kemmling and Tammy Thomas in dissent.

The council voted 5-4 to establish a Public Arts Task Force, with Jenkins, Kemmling, Kurt Knappen and Thomas in dissent.

Distler, who supported setting up both task forces, said the city has a chance to counter its history of city leaders making the public feel left out of the conversation.

“There was a feeling in this community of you can’t fight city hall; they’re just going to do what they want, they don’t want to hear from us, they don’t care about us, and as a lifelong resident of this city, I was one of those people that felt that way,” the mayor said, explaining her vote

“That is why I feel so strongly that we do anything and everything in our power to get as much public input and community engagement as we possibly can. Yes, while we are doing things now, I don’t think we can ever do too much when it comes to getting this community involved in its future,” she added.

Areas of focus for the Community Engagement Task Force include public communications, engagement opportunities, diversity and inclusion and employee recruitment/retention.

Areas of focus for the Public Arts Task Force include providing strategic direction and recommendations to city leaders on public art.

The city is accepting applications for potential task force members for both panels. Click here for more information.

Below is the video recording of the meeting. Discussion begins at 24:40: