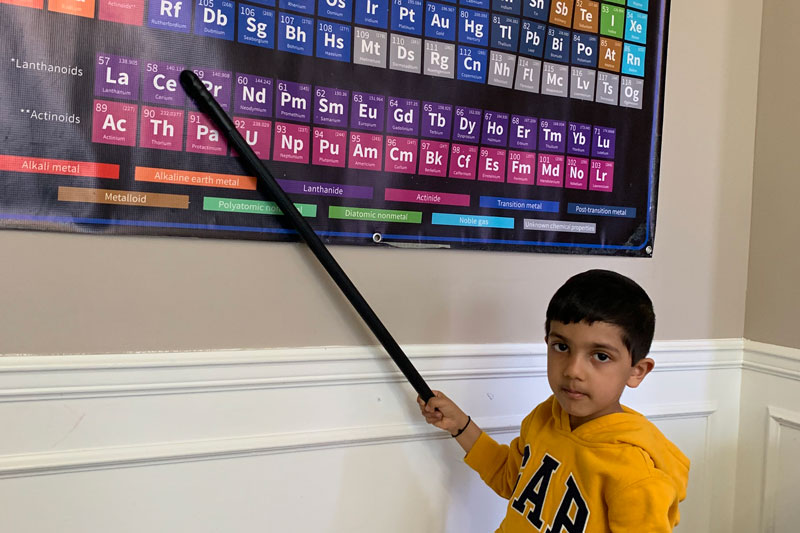 Bhavik Jain, a 4-year-old from Overland Park, now holds the world record for the fastest recitation of the periodic table of the elements, which he can do in 1 minute, 20 seconds. Jain's world record has been verified by the India-based Global Records & Research Foundation. Photo courtesy of Kapil Jain.

Bhavik Jain, a 4-year-old from Overland Park, got interested in the periodic table of elements after his mother, Shruti, encouraged him to drink milk.

The 4-year-old asked why milk was important, to which Shruti responded that the calcium in milk helps strengthen bones.

As 4-year-olds are wont to do, Bhavik continued to ask questions about calcium and other elements. So, his mother decided capitalized on Bhavik’s curiosity and turned learning the elements — all 118 of them — into a game with flashcards and posters.

But Bhavik shocked his parents when, after learning all the elements, he began reciting them all in order. From Hydrogen, #1 on the periodic table, all the way to #118, Oganesson.

Now, Bhavik has gone a step further, setting a world record — verified by the India-based Global Records & Research Foundation — for the fastest recitation of the periodic table of elements.

One minute, 20 seconds. Or time for nearly two elements per second.

“We’re very proud of him,” said Kapil Jain, Bhavik’s father. “To be very honest, we were elated when we got word that it’s actually a world record, it’s very exciting.”

Kapil said Bhavik enjoys practicing, so he and Shruti would practice the elements everyday at home and in the car when she would take him to pre-K at the Barstow School in Kansas City, Mo.

After Kapil’s sister-in-law was amazed by Bhavik’s speed, Kapil said she suggested the Jains look into whether or not Bhavik qualified for a world record.

The Jains were surprised — and proud — to find out he did, Kapil said.

Kapil said Bhavik’s interest in learning continues because Shruti, his mother, turns learning into something fun, and it’s not a chore.

As Indian immigrants who found their own way to education, Kapil said he and Shruti want to encourage Bhavik to strive for more by providing him with endless opportunities.

“Our main thing is to guide him as much as possible and give him all the right tools and resources in life,” Kapil said. “He’s really smart, and we want to make sure we’re guiding him in the right direction.”

Bhavik said he thinks his world record for reciting the periodic table elements is “cool,” but he’s already on to his next challenge: setting a world record for the fastest recitation of countries and capitals.

He can currently recite nearly 200 countries and capitals. 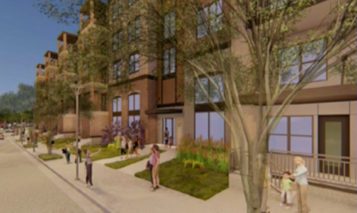