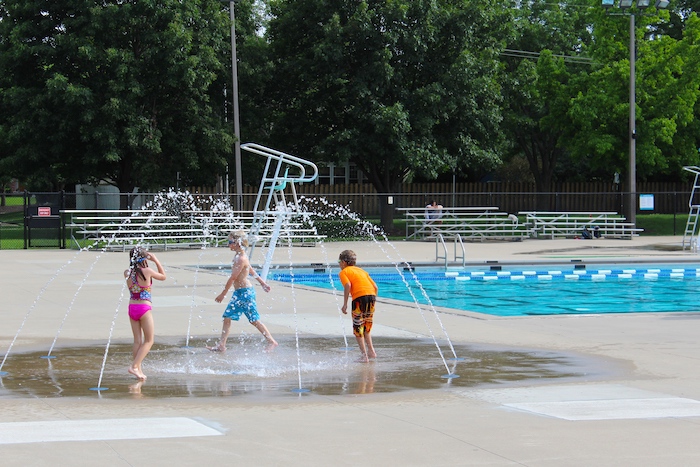 Lenexa is nearing completion of the second phase of its outdoor aquatics study. Right now, no decisions have been made yet for the future of outdoor aquatics in Lenexa. In the meantime, all three of Lenexa's outdoor pools are slated to open this summer, including Ad Astra Pool, pictured above in a file photo.

Lenexa is wrapping up the latest phase of a years-long study of its outdoor aquatics services in an attempt to gather more public input after residents opposed previous plans to close at least one city pool.

At issue for the city is finding a way to balance residents’ desires and needs for existing pools with fiscal responsibility in paying for them.

A study of the city’s pools completed in 2019 concluded, in part, that the city’s three outdoor pools are too expensive to maintain and don’t get enough yearly visitors collectively to warrant all of them remaining open.

The open house follows a hiatus over the past year, as the city put a pause on the pools study because of the COVID-19 pandemic.

The Lenexa City Council will consider a draft report of the second phase in a committee meeting later this month.

Logan Wagler, director of parks and recreation, said the open house was another opportunity to hear from residents on what their priorities and wants are for the city’s outdoor pools going forward.

The open house as well as the city website offer background on the current state of conditions of city pools as well as future options for aquatics.

Lenexa has three outdoor pools, all east of I-435.

Wagler said this presents a challenge for the city trying to serve residents on the western side of Lenexa.

Ad Astra Pool and the Indian Trails Aquatic Center are about a mile apart, and both are about 35 years old.

But after pushback from residents who organized in opposition, the city took a pause on plans to close the pool and continued further study of the issue, including expansion of a public input phase.

No decision has been made, and all options are still on the table, Wagler said this month.

“I feel comfortable saying that I feel like there’s a desire to re-invest in our outdoor aquatics; what that looks like is still up in the air,” he said. “You live in these things for 40-plus years, so we only have one chance to really get these things right and that’s what we’ll hopefully do, is make the best decision we can for the community and live within our means.”

Dozens of residents came out to the open house March 18.

Clif and Judi Derks, who live within walking distance of Ad Astra Pool, said they hope to keep a pool of some kind at 83rd and Maurer for their grandchildren to enjoy.

“I understand that Ad Astra has reached the end of its life, however I do think there needs to be a pool of some sort at 83rd and Maurer,” Judi Derks said.

She said she would also love to see a pool at 83rd and Maurer.

“We felt like we were blindsided by the whole thing anyway, not having enough information,” Prather said, in reference to the city’s initial plans to close Ad Astra Pool.

She said the open house was helpful to get more knowledge on the city’s future options.

Wagler said city staff is “really happy” with the depth of involvement from residents who care about the city’s outdoor aquatics.

“Quality of life, again, is very important to Lenexa,” he added. “Pools are a big part of that, and we’re very excited these people come out and share their passion, their desires and priorities around aquatics going forward.” 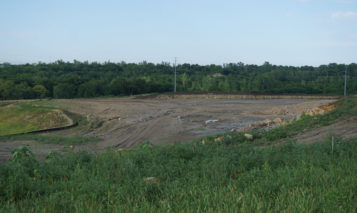 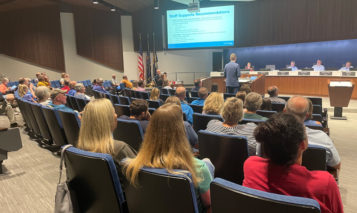 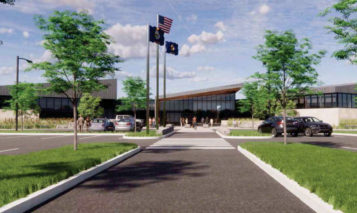