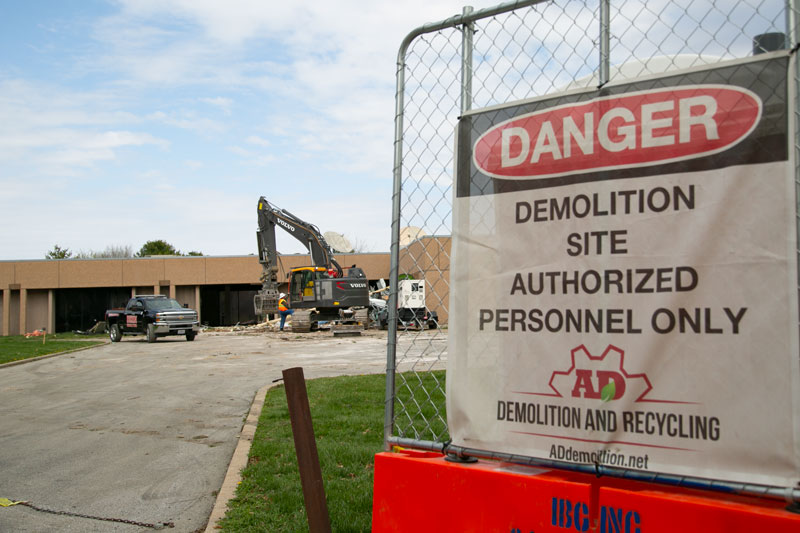 The demolition of the long-vacant Entercom building at 4935 Belinder Avenue in Westwood appears to have begun.

The Shawnee Mission School District purchased the building in 2016 and is finally tearing it down to make way for the brand new Westwood View Elementary School.

The current Westwood View Elementary sits about a block away from the Entercom site on 50th Street. The new school is set to be one of the first two elementary school buildings to be completely rebuilt by the district as part of the $264 million bond issue that was approved by Shawnee Mission voters in January.

Shawnee Mission contracted the demolition of the former radio station and tower site to AD Demolition and Recycling LLC for a little more than $100,000, according to district documents.

The demolition must meet a number of criteria including taking place during times established by the city of Westwood and controlling dust to minimize the disruption to neighbors.

The Entercom demolition is slated to be complete by April 30.

Construction of the new elementary school should begin in either June or July, according to the district’s most recent timeline. And Westwood View construction is slated to be finished by December 2022.

Rushton students will remain in the former Westwood View building until their new school is renovated in 2023.

Westwood’s Planning Commission will make a formal recommendation of action regarding the new building’s site plan to the city council on April 5. The city council will formally consider the site plan a few days later on April 8, during a regular city council meeting.