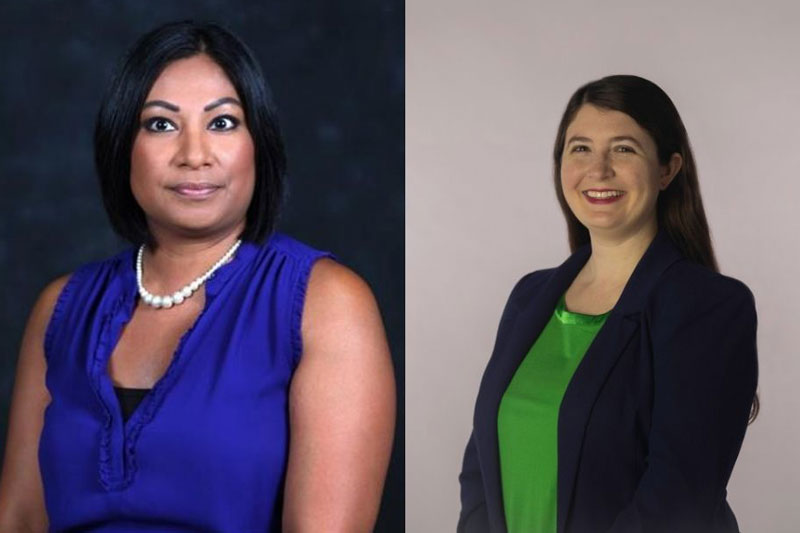 Mission councilmembers Arcie Rothrock (left) and Sollie Flora (right) are running for mayor this November. Current Mayor Ron Appletoft is currently not listed as having filed for reelection.

Mission City Councilmembers Sollie Flora and Arcie Rothrock have both recently filed their candidacies for mayor.

Flora, who was elected to her Ward 4 position in November 2017, said in a press release she would focus on citizen engagement, Mission’s streets and parks and fostering sustainable development.

Her passion for the city and local government make her the right person to lead Mission, she said.

“As we emerge from the challenges of the pandemic, we will need focused leadership to execute our community’s vision,” Flora said. “I believe that I am the right choice to lead Mission at this moment, and I know that by working together we can cement our city’s forward progress.”

Rothrock, who was elected to the council in 2014, told the Shawnee Mission Post it feels like the right time to run for mayor as her second term on council comes to an end.

Her priorities as mayor would remain the same as they have been on the council, she said: keeping residents, business owners and city employees at the forefront of each decision.

Aside from that, Rothrock said she’d like to maintain the city’s relationship with businesses and focus on programs that help the community such as The Mission Project, a nonprofit that helps adults with developmental disabilities live independently.

“I would work on the new developments that come in, but I would also maintain that small city charm that we’ve always had,” Rothrock said.

Mayor Ron Appletoft, who has held office since January 2018, is not currently listed as a candidate for reelection on the Johnson County Election Office website.

Appletoft did not immediately respond to requests for comment for this story.