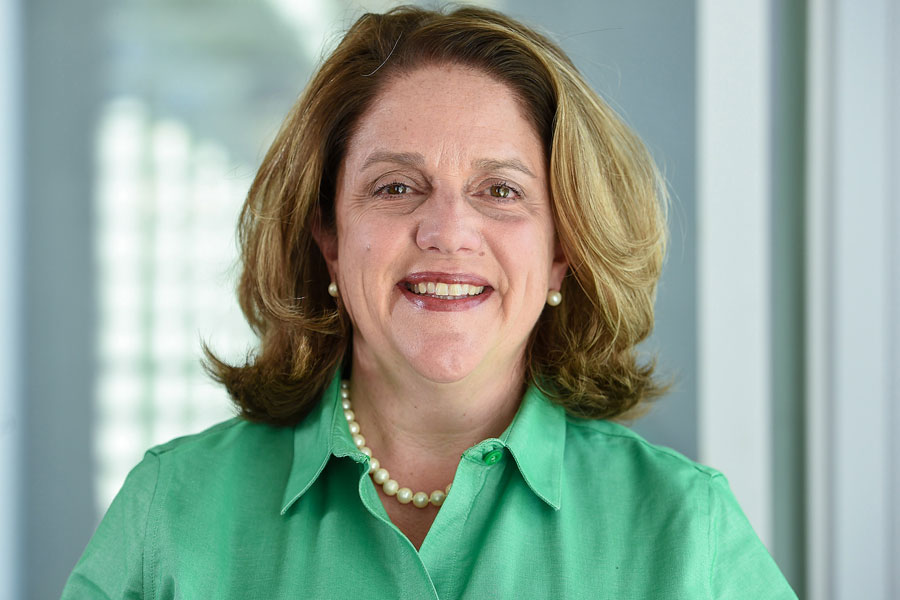 Sheila Albers, the mother of a teenager shot and killed by an Overland Park police officer in 2018, has now filed a complaint with the state board that oversees Kansas police officer training and licensure, calling for an investigation of Overland Park Police Chief Frank Donchez.

In an email sent Monday to members of the Kansas Commission on Peace Officers’ Standards and Training, or KSCPOST, Albers alleges that Donchez “provided false statements” to the commission regarding the end of former officer Clayton Jenison’s tenure with the Overland Park force in 2018.

Albers’ complaint cites a form that Donchez would have had to sign and send to the commission after Jenison’s departure in early 2018 in which Donchez attests that Jenison left “voluntarily under ordinary circumstances.”

Albers contends that’s untrue because just before departing the force, Jenison faced a criminal investigation into the killing of her son, John Albers.

On Jan. 20, 2018, Jenison and other officers went to the Albers home on West 149th Terrace to do a welfare check on the 17-year-old, after receiving a call from Albers’ friends saying he was in distress and potentially suicidal.

Jenison ended up firing nearly a dozen shots into the Albers family minivan as John Albers attempted to back out of the family’s driveway.

Six days after the shooting, Johnson County District Attorney Steve Howe announced he would not file any charges.

In a joint press conference on Feb. 20, 2018, Howe and Donchez revealed that Jenison had resigned for personal reasons.

The form in question

After Jenison left the force, Donchez was required by law to fill out and sign a CR304 form, which is to be sent to KSCPOST whenever there is a change in status in a Kansas police officer’s employment, including termination, a change in rank or return from overseas military duty.

On the form, under a box entitled, “Employment Termination or Separation Reason,” there are four standard options that can be checked:

A severance agreement with Jenison released earlier this month by the city of Overland Park revealed that as a condition of the agreement, the city agreed to say Jenison resigned for “personal reasons,” including reporting to KSCPOST that Jenison’s resignation was “voluntary under ordinary circumstances.”

Jenison also received a $70,000 payout as part of the severance agreement, a fact first publicly uncovered by Sheila Albers, who says she discovered a record of the payout in June 2020 in an online open government database.

The city acknowledged the $70,000 total later that summer but did not publicly disclose the full severance agreement until being ordered to do so by a Johnson County judge earlier this month. That came after the Kansas City Star newspaper sued the city over the record.

In addition to Howe’s criminal probe that yielded no charges, Overland Park says in an FAQ document published with Jenison’s severance agreement that Overland Park Police’s Internal Affairs unit as well as KSCPOST both looked into the circumstances surrounding Albers’ killing.

Neither resulted in any disciplinary action.

“There have been three separate determinations about Jenison’s use of force,” the city’s FAQ document reads. “The District Attorney’s conclusion that there was no probable cause that Clayton Jenison used excessive force in violation of state law; Chief Donchez’s conclusion that Clayton Jenison did not violate a City policy, and CPOST’s subsequent decision to take no action.”

The city’s FAQ goes on to say Donchez was not “intimately involved” in discussions about Jenison’s severance.

“The Police Chief did not communicate with Officer Jenison about the agreement or encourage him to enter into it,” the document says.

In response to an emailed question about Albers’ complaint to KSCPOST, Overland Park spokesperson Meg Ralph acknowledged that the city was “aware” of a complaint filed with KSCPSOT regarding “the filing of Form CR304 for Clayton Jenison.”

“As the City always does, we will cooperate fully with any investigation into the matter,” Ralph said via email.

Gary Steed, executive director of KSCPOST, also responded to the Post’s inquiry about Albers’ complaint, saying, “By statute, KSCPOST investigations are confidential and shall not be disclosed pursuant to K.S.A. 74-5611a.”

The FBI continues to conduct a civil rights investigation into Albers’ killing. What exactly that investigation entails is unclear, including whether Jenison’s $70,000 severance is part of that inquiry.

In January 2019, a year after their son’s death, the Albers settled a civil lawsuit with the city of Overland Park for $2.3 million.