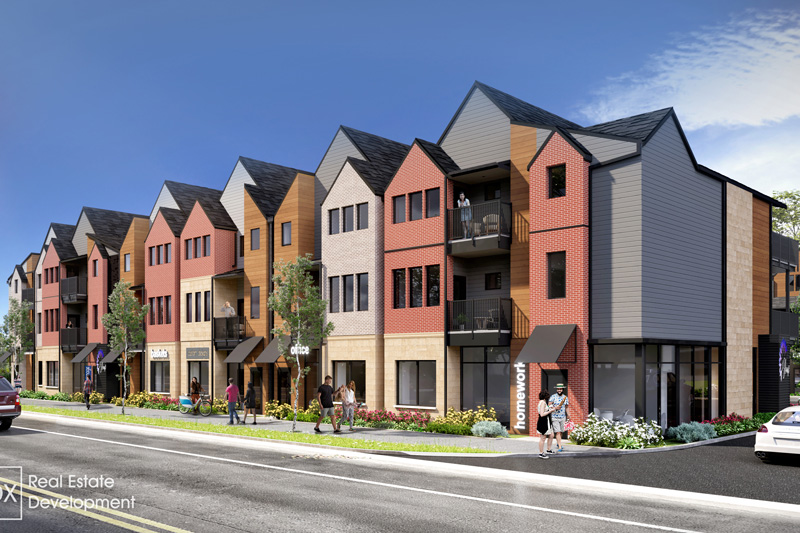 As site work begins for Blume Shawnee, the developer has released additional design renderings for the mixed-use development in downtown Shawnee.

The concept is a European-inspired vertical mixed-use project comprising commercial spaces with residential lofts and flats above. Site work is beginning this spring.

Click here to see a newly released video of the project.

Box Real Estate Development, a company based in Lee’s Summit is spearheading the project as well as renovations on the old Hartman Hardware building nearby.

The Shawnee Planning Commission on March 15 gave some pause to the revised design elements for the facade of Blume Shawnee, mostly because they wanted to ensure the highest quality for the final product.

The site was previously city-owned property and considered a “catalyst” for redevelopment along the downtown corridor.

“I’m just concerned, and I’d be less so if this wasn’t the catalyst project,” Commissioner John Montgomery. “But I feel more pressure here to approve something that’s really special because it is a very targeted project, there’s a lot from the city invested in.

“I just want to make sure that this isn’t a significant downgrade, that this is still a quality, what we would regard as quality for the catalyst project.”

Among other things, some changes made by the developer impact eave overhangs and windows and remove skylights. Click here to see more at Blume Shawnee’s website.

Pearson and city staff noted that this remains a high-quality project but that some design elements had to change in order to meet building code requirements and the city’s design standards and also ensure functionality of the site.

“Architecture is subjective, I get that, but I like where we’ve ended up than where we started,” Pearson told the planning commission, noting that he believes they’ve exceeded the city’s design standards. “These are going to wow people. We’ve attempted to do our very best at being a true catalyst and embodying the intent of the original RFP, and I do believe that the changes we’ve made have improved the project at every single step.”

Pearson also said he hoped the residential units could meet some of the “missing middle” housing demands in Johnson County, particularly because the plans call for a medium level of density within the 2-acre project area.

Below are some newly released design renderings from Box Real Estate Development: 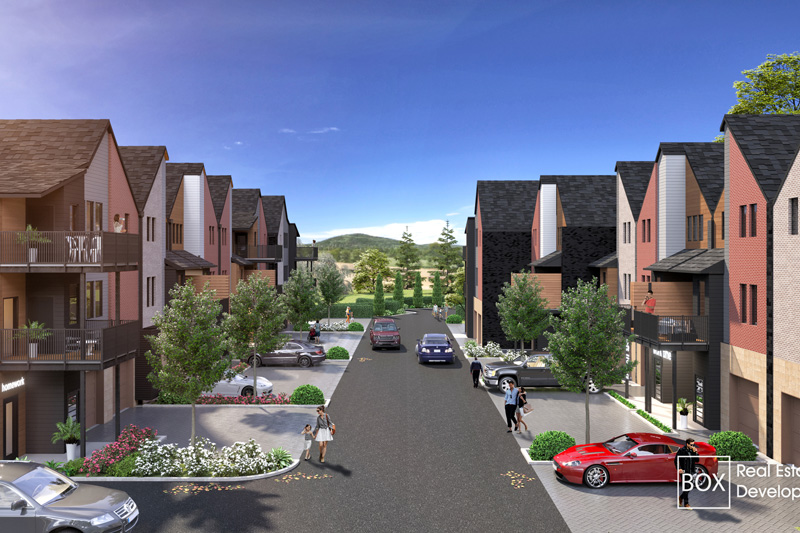 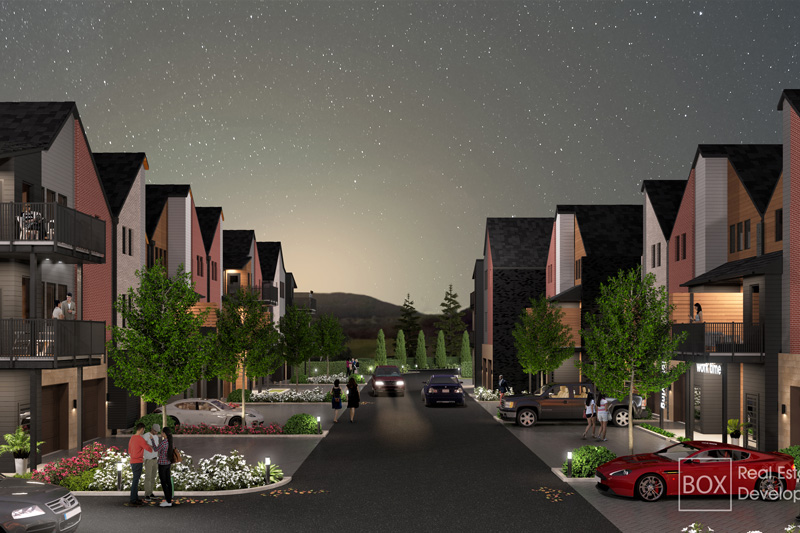 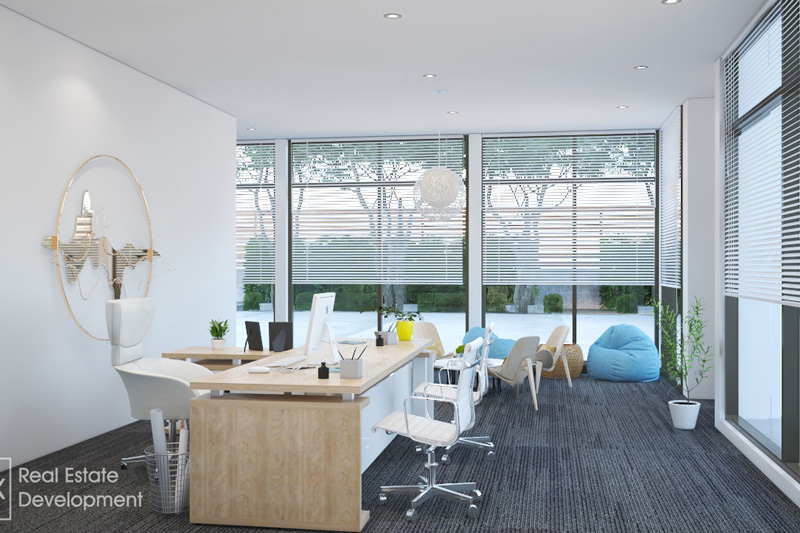 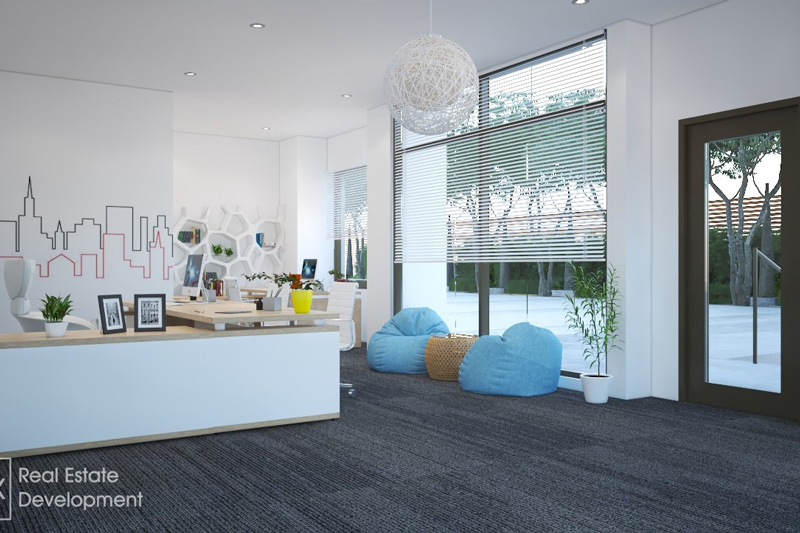 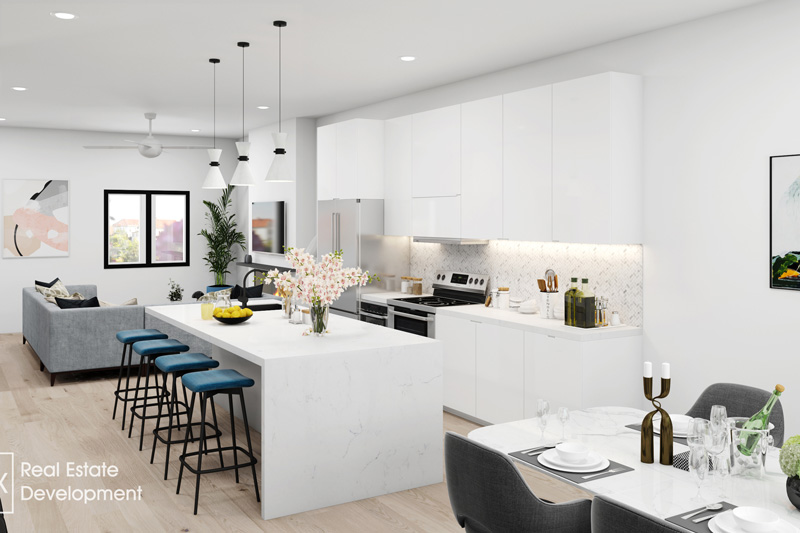 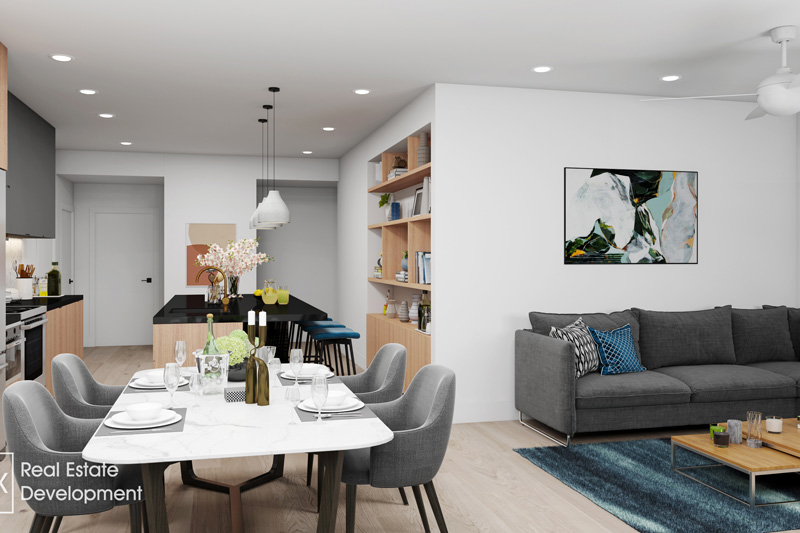 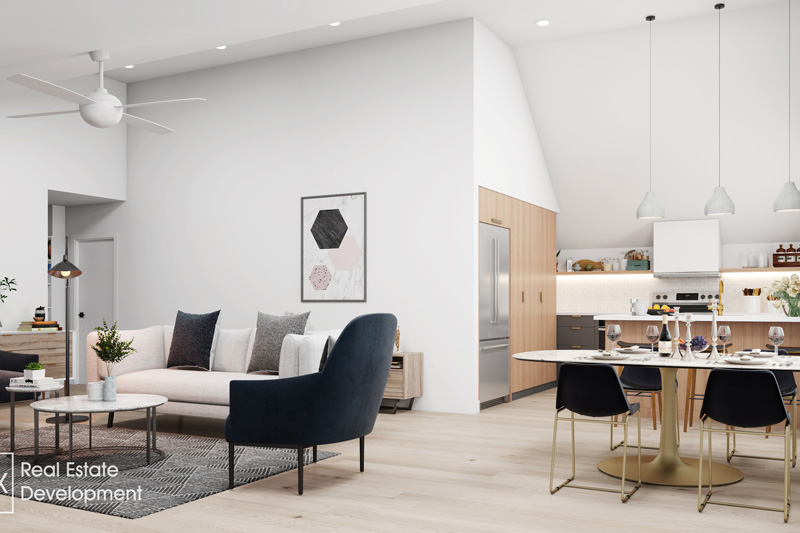