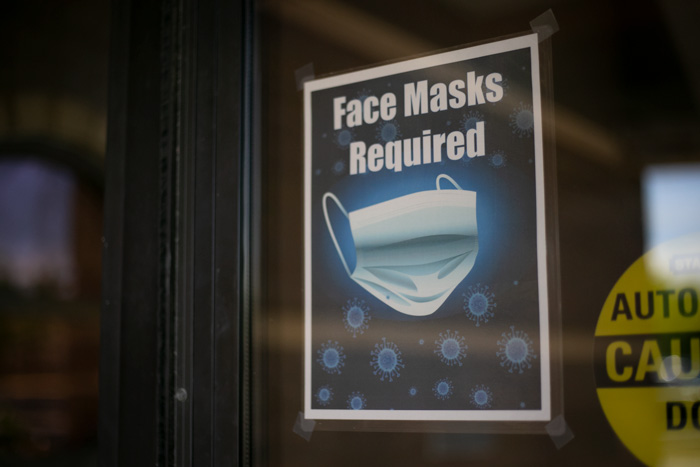 Johnson County will continue to require people to wear a mask in public — though members of the board of commissioners said they hoped to be able to rescind the new order before it expires at the end of April. File photo.

Johnson County will continue with a health order requiring masks and distancing in public places, but members said as they voted they are hopeful the county will meet its incidence and vaccination goals so that the order can be rescinded before it expires April 30.

The commission voted 5-2 to adopt an order they consider the least restrictive on residents that could still keep the amount of transmission on a downward trend.

The new order does not mention capacity limits or curfews. It does still require six feet of physical distance in public settings, with many exceptions and exemptions depending on the type of business or activity.

The same goes for masks, which must be worn:

People with medical conditions or ages 5 years and under are exempt, as are those with hearing impairments or with jobs where face coverings pose a risk. 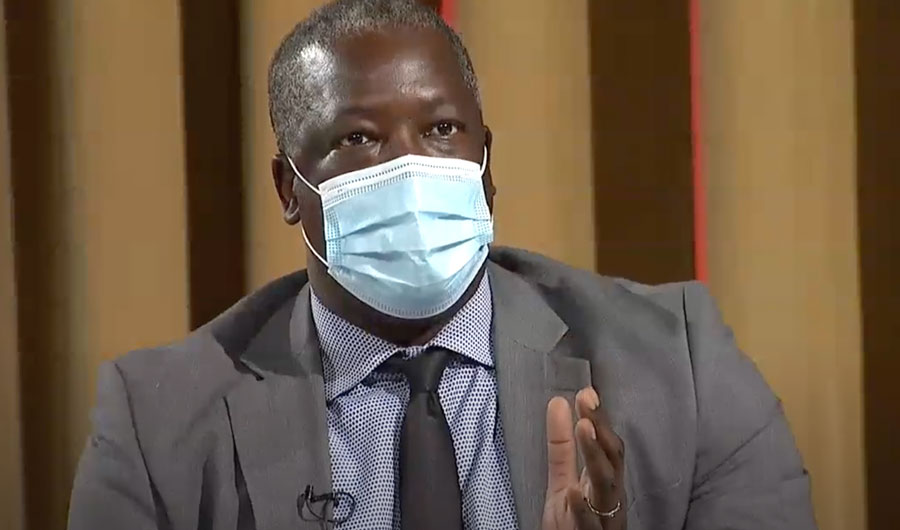 Public Health Director Dr. Sanmi Areola and Health Officer Dr. Joseph LeMaster requested the order saying it is needed despite improved statistics on the spread of transmission in the county. They urged commissioners not to let go of disease control methods that have been working.

LeMaster warned that dropping health orders too early could cause another increase in cases, and Areola mentioned the foothold new variants are getting in the United States due to high level of transmission.

But the health officers also offered benchmarks that, if reached, could make it safe to remove the requirements. Areola said getting the number of people in the county who have received a first dose to 50 percent would be one key indicator. The number currently is 30 percent, he said. But county officials still don’t know how many residents got vaccinated in Missouri, so the actual percentage could be higher.

Other goals include getting the number of new cases per 100,000 below 50 – that number is now 77 – and keeping the percent positive test results below 5%. The county is already at 2.8% positive, he said.

Commission issues new order instead of extending previous one

The commission approved a new order rather than simply extending the old one because of a bill pending in the Kansas Legislature that removes health officers’ power to issue orders without approval by the county, then sets final authority with district court judges. As explained by the commission’s legal counsel, Cindy Dunham, that bill also sets up a court appeal process in which anyone who feels aggrieved by a health order can get a district court judge’s review within 72 hours. The bill calls for automatic, unspecified relief to be granted unless the judge rules the order is narrow in scope and in the least restrictive form that would be effective.

Commissioner Charlotte O’Hara said that bill, if passed, would be an expensive deterrent to the county to approve a further health order, and that the county would be better served with making it a strong recommendation rather than a requirement.

Chairman Ed Eilert countered that there are still people in the third and fourth phases of the vaccine roll-out who have underlying health conditions that put them at greater risk if they catch COVID-19. Protecting those people, “is a responsibility we cannot avoid.”

Commissioner Janeé Hanzlick said she struggles with the mask restrictions, but believes if people hold on a little longer, more can be safe.

“I understand what I hear from people they’re tired of being told have to wear a mask. But if you can do this for one more month out of respect for these people in phases 3 and 4 waiting their turn for a vaccine… These are folks that if they get COVID it can be very life threatening,” Hanzlick said.

The commission heard comments from 11 people who were mostly against continuing the mask order. Many of them quoted from alternative studies they believe prove that masks are harmful or ineffective and an infringement on individual liberty.

Kevin Combs of Olathe said masks aren’t needed now that many older residents have been vaccinated. He suggested an alternative: “Our health department should provide free N95 masks and goggles to those elderly, vulnerable – or paranoid – of the public who need them. Let the rest of us, who either have the antibodies or just want to live our lives, free to make our own choice about our own health.”

Two people spoke for continuing a mask order. Cassie Woolworth said dropping it would send a signal that health precautions are no longer considered important. But as long as scientists don’t know the transmission possibilities among people who have been vaccinated masks should continue, she said. “It’s as much about science, health and risk as it is about empathy. Please have empathy for the other humans,” she said.

Commissioners voting for the order were Eilert, Hanzlick, Shirley Allenbrand, Jeff Meyers and Becky Fast. No votes were O’Hara and Michael Ashcraft.

The commission also decided to have next week’s meeting remotely, while details are being worked out on how and when to come back in person.

The full order adopted by the commission Thursday is embedded below: