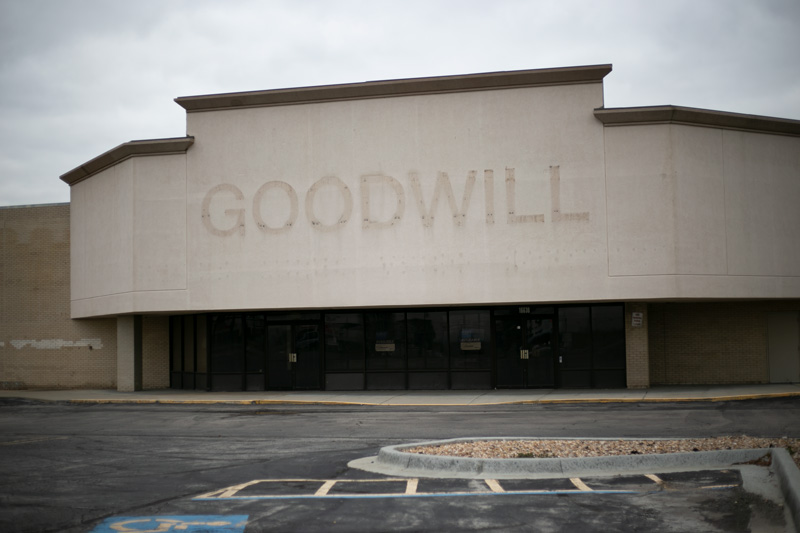 Goodwill has filed a federal lawsuit against the city of Olathe, arguing that a law restricting thrift stores discriminates against businesses that serve low-income customers.

The company sued Olathe after the city denied a license application for Goodwill to open a new location.

The store had operated on the north side of West 135th Street near Mur-Len Road, but closed in 2019 after its lease was up.

Instead, Goodwill planned to relocate across the street; however, city officials denied the application because of an Olathe ordinance that restricts thrift stores from being within 200 feet of residential property or within a mile of another thrift store. [Goodwill thrift store is barred from opening new spot in Johnson County. It’s suing — The Kansas City Star]

The city of Merriam is installing a new inclusive swing — the first of its kind in the Kansas City metro — at Chatlain Park, 6300 Carter Avenue.

Called the We-Go-Swing, it allows people in wheelchairs to swing and remain in the wheelchair, according to a city of Merriam tweet. The current swingset will close March 29, and construction crews will install We-Go-Swing in late April.

We’re installing a new piece of inclusive equipment at Chatlain Park, and it’s the first of its kind in the KC metro area!

It’s called the We-Go-Swing, & it lets people who use wheelchairs swing without having to transfer out of their wheelchairs. pic.twitter.com/B4qfUINkCc

The USD 232 Board of Education in De Soto on Monday unanimously agreed to relax restrictions again on the number of spectators for indoor events.

The previous restrictions only allowed two spectators per participant for indoor events. Now, moving forward, school administrators will determine the number of spectators allowed at an indoor event based on the specific activity, venue and number of participants.

This change immediately impacts all district activities, including high school graduation ceremonies slated for Saturday, May 22.

The city of Shawnee is kicking off some paving projects that could cause delays for motorists in the affected areas. These include:

Paving a stretch of Pflumm from 71st to just south of Blackfish Parkway (75th), including the 70th Place cul-de-sac. City staff noted that flaggers will be in the area and drivers will be able to enter and exit, but there will probably be delays.

Curb and sidewalk replacement at 66th and Monticello. Crews are planning to keep at least one lane of traffic going in each direction while blocking off areas where they’ll be working. After curbs and sidewalks, crews will refinish the road. Roadwork should occur at night.

Check here for other roadwork and closures in Shawnee.