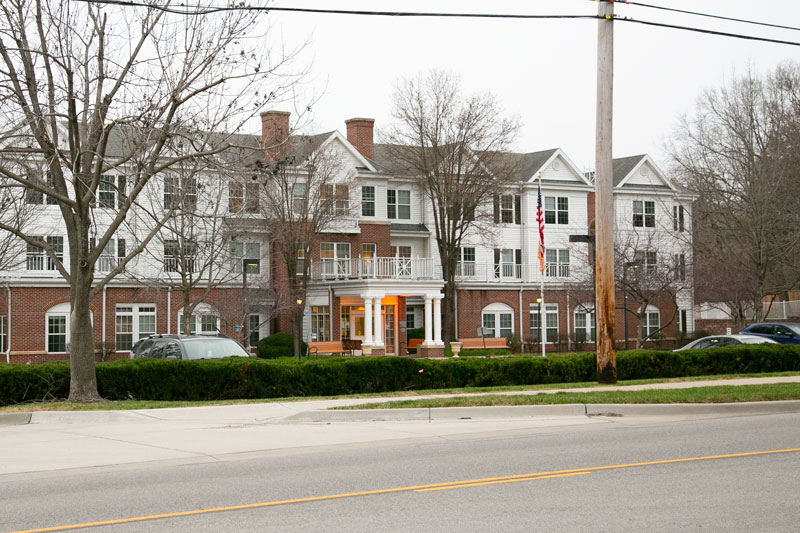 Brighton Gardens, a senior living facility on 71st Street and Mission Road, will undergo an expansion beginning in fall 2021.

Brighton Gardens, a senior living community in Prairie Village near 71st Street and Mission Road, is looking at its first-ever renovation this fall.

The facility will also be renamed The Village at the Mission following the construction.

Dominic Tutera of Tutera Senior Living said during a March 18 community meeting about the planned changes that the goal is to bring the facility up to speed with others in the area, such as The Mission Chateau — another Tutera property in Prairie Village on 85th Street.

“It’s all about providing the [level] of care that we are known for and what we’ve operated on and giving the best resident experience we can,” Tutera said during the meeting, speaking to nearly 20 Prairie Village homeowners who live near Brighton Gardens.

“That’s kind of centered around freedom, diversity of choice and ability to conduct with independence as much as possible. A lot of that starts with how the physical plan of the facility is oriented and built,” he said.

Below are a few of the changes included in the current site plan:

No additional rooms will be included in the upgrades, Tutera said, because space and privacy for residents are the company’s main priorities with the facility’s renovations.

Brighton Garden’s neighbors at the meeting asked about the potential impact on homes nearby, including construction noise, equipment storage and easements.

Tutera said construction crews will follow Prairie Village’s guidelines for noise, and equipment storage is still a work in progress.

Jason Toye, an architect on the project, said the team may store some equipment at the Village Shops’ overflow parking lot to the north of Brighton Gardens.

As for easements, Toye said, landscape improvements along the south and eastern property lines aren’t the immediate priority but will be included at some point.

“The existing building was constructed in the late 1990s and very few renovations have occurred over that time span,” Toye said. “The community is becoming obsolete compared to newer products in the marketplace.”

Construction at Brighton Gardens is anticipated to  begin this fall and is projected to last into fall 2022.

The Prairie Village Planning Commission will have a public hearing about the renovation plans at 7 p.m. on April 6 via Zoom.