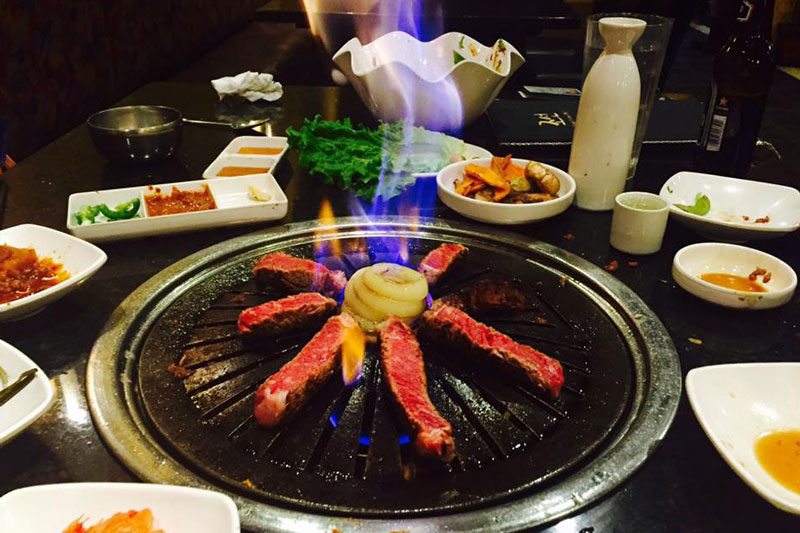 Min Moon, manager at Chosun Korean BBQ 2, said the new location stood out because it is right next door to a Korean market.

“I think it was a good opportunity at the moment where there is kind of a need for more Korean food,” Moon said. “We found an opportunity at a restaurant that is close to another Korean market, right next door, so we thought maybe it was the best place to put [a new location].

Moon said the Friday lunch box specials give customers a good deal and the ability to try a number of menu items.

Lunch boxes come with a choice of meat — marinated beef, spicy pork, chicken or short ribs — a salad, two dumplings, kimchi and a bowl of rice.

Thus far, Moon said customers have reacted well to the new restaurant, and have been leaving positive feedback in online reviews.

“I’ve been happy with the customers coming in,” Moon said. “They’re very positive, they’re all liking the new place — it’s been a very positive start.”

Customers can dine-in or carryout by ordering via phone or online here.