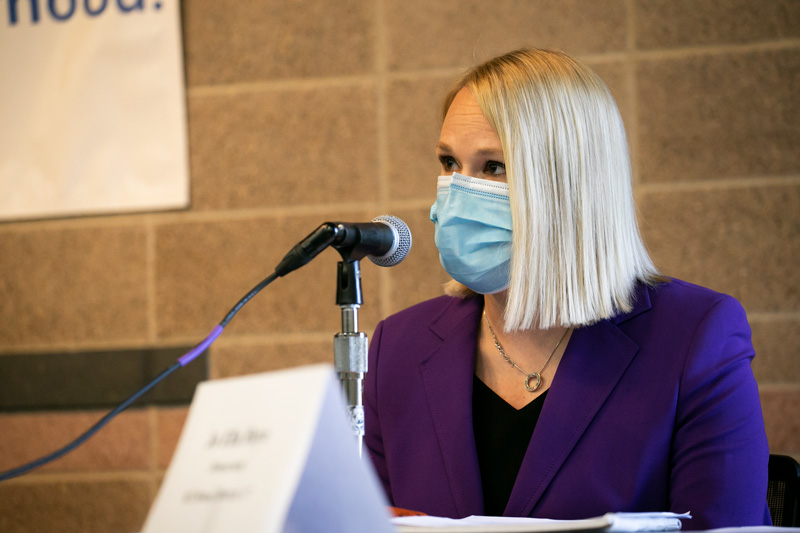 Democratic State Rep. Jo Ella Hoye said the state must take action to "to keep guns out of the hands of domestic abusers." Above, Hoye at the Post's 2020 candidate forum.

Below is the submission from Democratic State Rep. Jo Ella Hoye, who represents District 17.

I’ve been a part of the gun violence prevention movement for nearly six years now. I’ve heard time and time again that we just need to enforce the laws already on the books. Our state and federal laws prohibit individuals convicted of domestic battery, domestic violence misdemeanors, or defendants with a qualifying protection order against them from purchasing or possessing firearms.

People with dangerous records won’t be able to pass a background check at a federally licensed gun dealer to buy a new gun, but what about the guns they already have? Should we rely on convicted domestic abusers and stalkers to turn their guns in on their own?

Judges can currently issue an order upon conviction requiring the defendant to relinquish all firearms in the defendant’s custody, control, or possession; but judges are not required to do this.

We must take action to keep guns out of the hands of domestic abusers.

House Bill 2251 is an enforcement mechanism that, upon conviction, will require domestic abusers to turn over their guns to law enforcement or a federally licensed gun dealer for the period of time that they are prohibited from possessing guns. In 2018, there were 13,658 protection from abuse and protection from stalking cases filed and 2,651 criminal cases where the most serious charge was a domestic violence misdemeanor charge. Based on these numbers, the Office of Judicial Administration estimates that there could be 10,244 orders issued under the provisions of this bill. That’s a lot of illegal guns off of the streets.

Who does this help? In the United States, 4.5 million women have reported being threatened with a gun by an intimate partner. In Kansas, half of child homicides in 2018 were due to child abuse. In more than half of mass shootings in America, the perpetrator shot a current or former intimate partner or family member as part of the rampage.

I ran for office to increase awareness about gun safety. As a parent and a gun owner, I am honored to work on behalf of my constituents to find common sense solutions to help end gun violence.

It’s time to strengthen our gun laws to give law enforcement the tools they need to protect women and families against domestic abusers with guns. Sensible gun laws save lives. 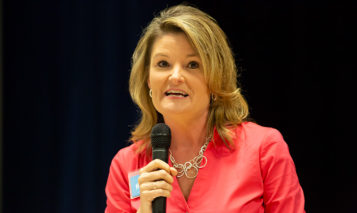