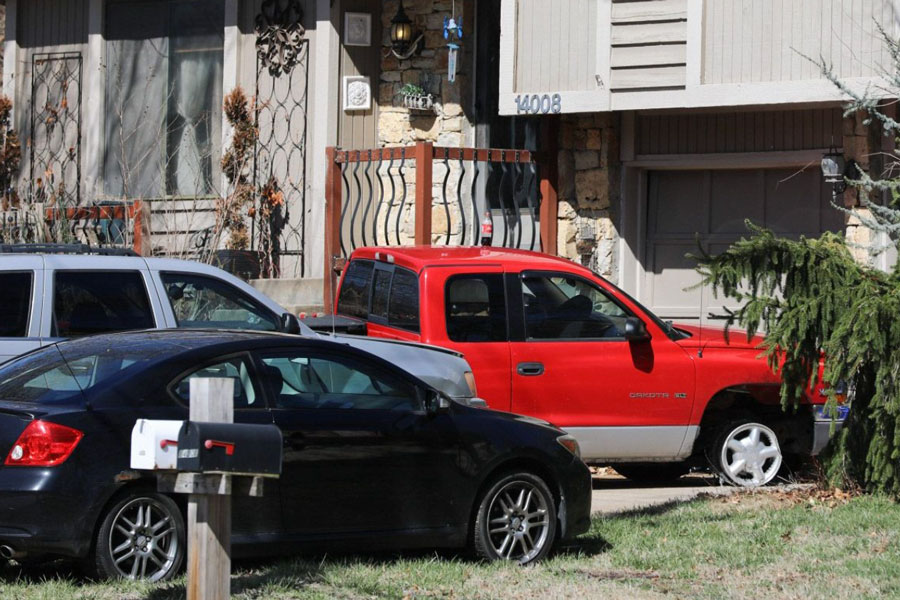 Shawnee Police say a drunk driving suspect struck an officer in the face Friday morning after the officer followed the suspect back to his residence off 67th Street. The officer was being treated at a local hospital for minor injuries. The suspect is now charged with DUI and battery of a law enforcement officer. Photo credit Mike Frizzell.

A Shawnee police officer was injured during a confrontation with a drunk driving suspect late Friday morning.

In a news release, Capt. Shaun Miller with the Shawnee Police Department says officers were called to the area of Shawnee Mission Parkway and Nieman Road about 11:13 a.m. to investigate a report of a possibly intoxicated driver.

“Officers located the vehicle and a traffic stop was initiated as the driver pulled into the driveway of his residence in the 14000 block of 67th Street,” Captain Miller said in the release. “The driver exited the vehicle and proceeded to walk away, at which point the officer contacted the driver.”

Recorded radio traffic indicates a neighbor called 911 to report that a man was fighting with an officer in the driveway.

A county-wide call for emergency assistance was broadcast. Officers from as far away as Fairway and Olathe responded to the call for assistance.

“As the officer was behind the driver, the driver turned around and struck the officer in the face,” Captain Miller said. “After a brief struggle, the driver was taken into custody for DUI and Battery on a Law Enforcement Officer.”

Johnson County Med-Act and Shawnee firefighters responded to the scene, where the driver declined medical attention.

The officer is being treated at an area hospital for minor injuries to his face, according to Captain Miller.