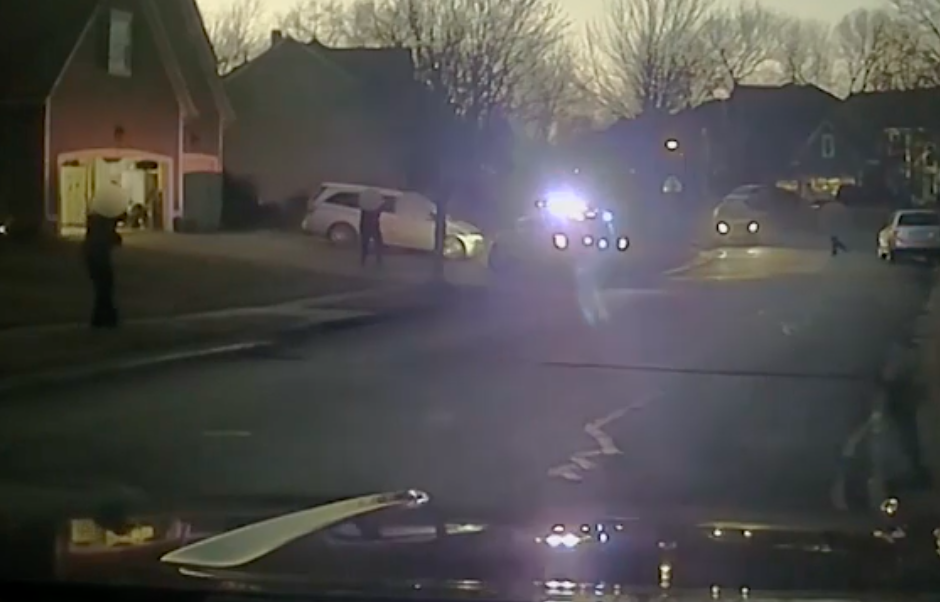 Overland Park has released a severance agreement signed with former police officer Clayton Jenison in February 2018, less than four weeks after Jenison fatally shot teenager John Albers in his family's driveway. In the document, the city agreed to publicly state Jenison was voluntarily resigning for "personal reasons." Above, a still from dash cam video showing Jenison in the driveway moments after firing more than 10 shots into the minivan driven by Albers.

The city of Overland Park has publicly released a severance agreement made with former police officer Clayton Jenison, who fatally shot teenager John Albers in January 2018.

The disclosure comes a day after a Johnson County judge ordered the city to release the agreement, siding with The Kansas City Star newspaper and its parent company McClatchy, which sued Overland Park over the matter.

Among the details in the agreement:

The city posted an FAQ document Friday along with the severance agreement itself and provided this explanation for why Jenison was not fired outright:

The City did not have a legal basis to fire Officer Clayton Jenison, yet the City Manager, Police Chief and Officer Jenison felt it was in the best interest of the community for him to voluntarily resign from the Overland Park Police Department. The incident was understandably high-profile and Officer Jenison would not have been able to continue serving the community effectively.

Johnson County District Attorney Steve Howe declined to press charges against Jenison for excessive use of force. Last year, the FBI opened up a civil rights investigation into Albers’ killing, which is ongoing.

Read the entire severance agreement below: