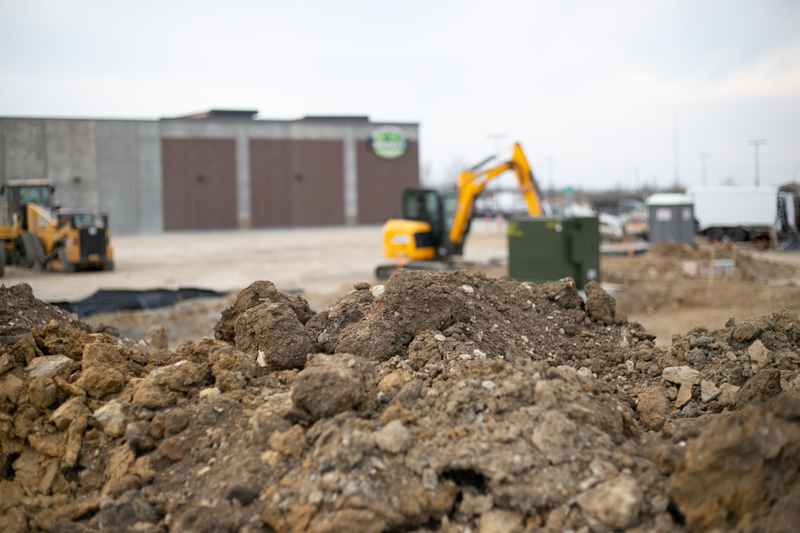 A few commercial sites are still available, including this one under construction next to McKeever's Market.

The Lenexa City Council on Tuesday voted 7-1 to approve a revised preliminary plan for Sonoma Plaza. Those revised plans include a larger mix of drive-thrus on site. The development at West 87th Street Parkway and I-435 now proposes including a tunnel car wash and car-cleaning facility on the northwest corner of the development.

Councilmember Bill Nicks, who cast the dissenting vote, said he is “having a tough time trading the opportunity for a good sit-down restaurant for a car wash.” Representatives on the project, including Oddo Development, said a car wash was an important part of Sonoma Plaza because it’s meeting a need for vehicle owners in the area. Nicks countered that some long-term planning commissioners with Lenexa didn’t recall a car wash being part of the plan for Sonoma Plaza.

Other councilmembers were concerned the proposed site for the car wash may become difficult to access. The site map shows a curved drive between commercial pad sites instead of a direct path, and the only other access is through the rear of McKeever’s Market.

Both come from the First National Bank of Omaha, and have combined more than $60 million in loan volume, according to a press release. Finch has more than 20 years of experience, and Cartwright has seven years under her belt.

District Manager Dave Brown said Guild strives “to help each customer make the best choice when buying a home,” and have the “knowledge, experience and loan options” to do so.

“James and Hannah share these commitments and will be great additions to our team as we continue to expand in the midwest,” Brown said.