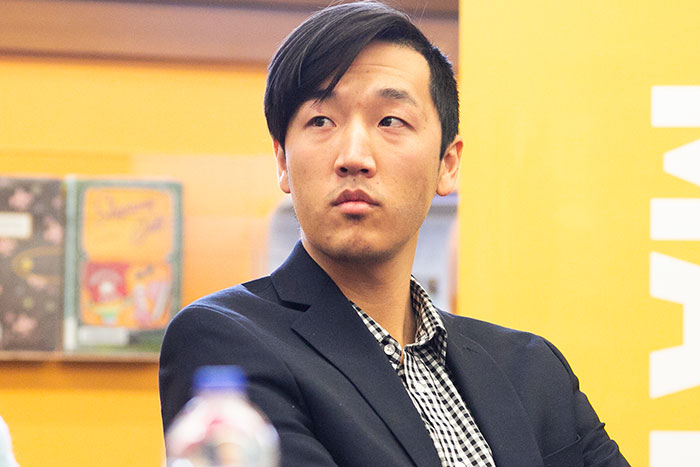 Rui Xu, the state representative of the 25th District, called on all leaders to acknowledge, condemn and help stop the violence against Asian-Americans following the March 16 shooting at Atlanta spas. File photo.

Rep. Rui Xu of Kansas’ 25th District called on all leaders to acknowledge, condemn and help stop anti-Asian-American violence after a shooting in Atlanta on Tuesday.

Xu said in a written statement via Twitter that while Asian-Americans have always experienced discrimination in the U.S., the seeds have been “watered and nurtured by intolerant, xenophobic leaders” over the last year.

Now, Xu wrote, the violence against the Asian-American “community cannot be ignored.”

My statement on yesterday’s murders in Georgia and concerning increase in anti-AAPI violence #ksleg pic.twitter.com/WPK9tOpwQQ

“This increase in violence was not inevitable; many of us have spent the last year forcefully telling leaders that their rhetoric and baseless coronavirus conspiracy theories were putting our community in danger,” Xu wrote. “Our calls for action were largely ignored.”

The shooting, which took place at three different spas in the Atlanta area, resulted in the killing of 8 people, six of whom were Asian-American women, according to NPR.

Robert Aaron Long, 21, has been charged with four counts of murder and one count of assault.

Prairiefire, an Overland Park shopping center at 135th and Nall, faces scrutiny from the Kansas Senate for owing nearly all of the STAR bonds the developers are supposed to repay.

Prairiefire benefited from nearly $65 million in STAR bonds, along with another $14 million in bonds supported by a community improvement district that tacks on an additional sales tax to purchases in the shopping district. However, the shopping center has barely made a dent in repaying those obligations. Nearly nine years after $64,990,000 worth of STAR bonds were issued, only $130,000 in principal has been paid off. [Johnson County development under fire as Kansas lawmakers weigh expanding STAR bonds — The Kansas City Star]

Evergy, previously Kansas City Power and Light, is planning to make upgrades to the electrical lines in the city-owned alleyway south of Johnson Drive between Nieman Road and Barton Drive in downtown Shawnee. Buildings in the area, including Sanchos Streetside Tacos (former Shawnee State Bank), Mason’s Building, Transport Brewery, Aztec Theater and Betty C’s, are affected by these upgrades. City staff noted that these buildings have “antiquated and unsightly power poles supporting an outdated and unsafe power supply to these businesses,” according to city documents.

The Shawnee City Council voted 7-0 to pay Evergy $80,000 to assist with improvements, and also bid the project to an electrical contractor to finish the project. The total project budget cost is $325,000. Councilmember Tammy Thomas was absent.

The Johnson County Museum is offering free entry from 9 a.m. to 4:30 p.m. on Thursday, March 18, inside the Arts and Heritage Center in Overland Park.