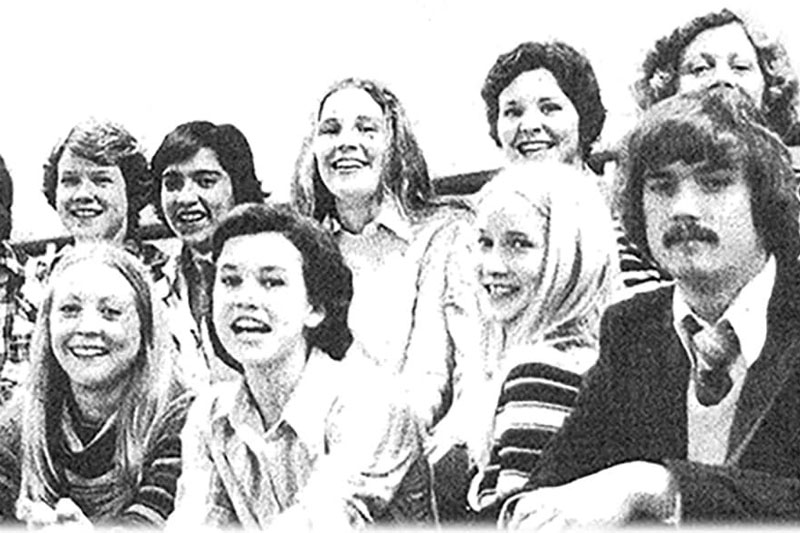 Bishop Miege's Terry English, who has been the girls' basketball head coach since 1975, is retiring. Above, English (far right, front) with a group of students in an archival image posted to Bishop Miege High School's Facebook page.