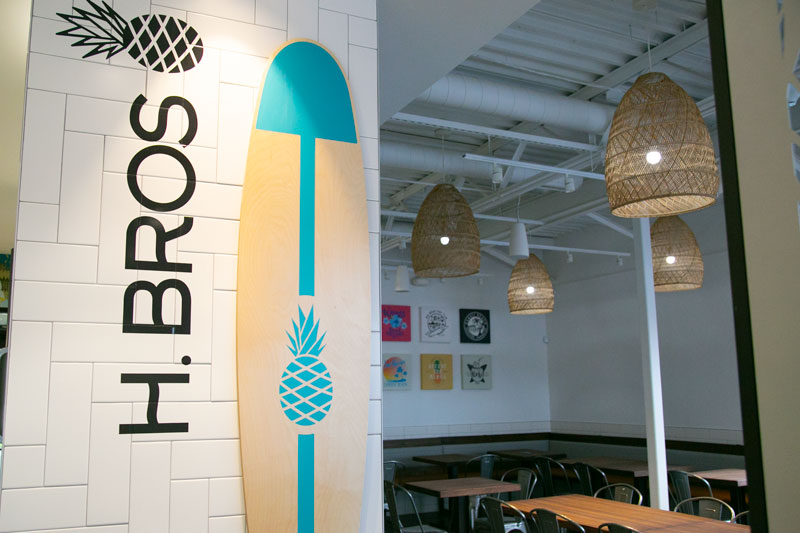 The Shawnee store, which is where the former Boston Market used to be at 11600 Shawnee Mission Parkway, will be the restaurant’s fifth location in the Kansas City metro area and the third in Kansas.

Hawaiian Bros President Scott Ford said the company estimates Shawnee’s store will be able to handle 250 to 300 vehicles in the lot during any given hour.

“We’re expecting really big things here,” Ford said. “We spent a lot of time designing and developing this store to handle what we believe is going to be very great demand from this community.”

Ford said several aspects of the Shawnee franchise’s layout were designed with the ongoing COVID-19 pandemic in mind, including:

The main change customers will see, though, are what Ford calls “order pods.”

Rather than ordering at a traditional cash register, Hawaiian Bros employees called “tour guides” will walk customers who are unfamiliar with the brand through the menu, Ford said.

Ford said part of the reason Hawaiian Bros is shifting to tour guides instead of cashiers is to explain the history of the Hawaiian plate lunch.

The plate lunch dates back to the 1880s when laborers on pineapple and sugar plantations would eat leftover meat and rice for lunch.

“We have a lot of people that are new to Hawaiian Bros, and most of the mainland is new to the Hawaiian plate lunch,” Ford said. “We really want to take our time and walk everybody through the history of what the plate lunch consists of, and all the different menu items we have.”

Hawaiian Bros has yet to decide if already existing stores will switch over to the new processes, Ford said.

Future locations, though, like the upcoming Overland Park store near 137th Street and Metcalf Avenue, will implement these new changes, he said.

“[Shawnee] really is our first look at a lot of our new processes that we’ve designed and developed,” Ford said. “It’s just  a really great community and intersection — it’s going to be a lot of fun.”