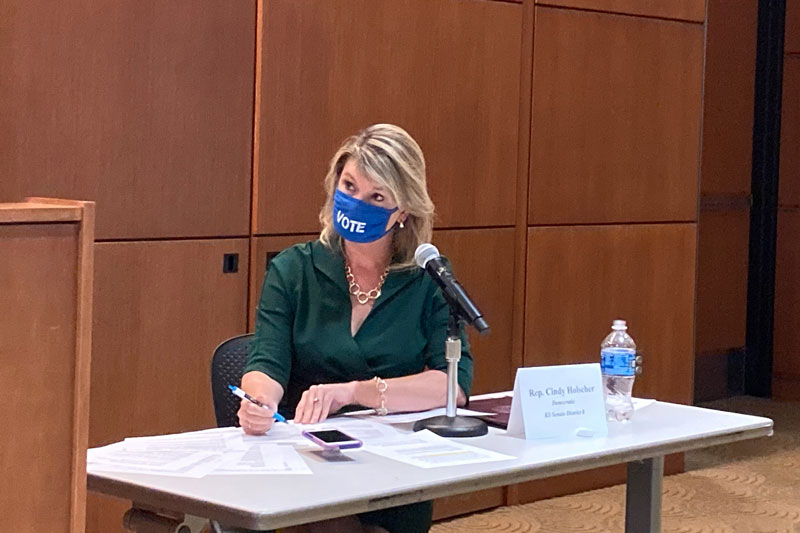 Democratic State Sen. Cindy Holscher said she's concerned with the impact the Republican Party's supermajority is having on school funding and Medicaid expansion bills. Above, Holscher at the Post's 2020 candidate forum.

Below is the submission from Democratic State Sen. Cindy Holscher, who represents District 8.

Here we are approaching the third week of March, and we are at the halfway point of the 2021 Legislative session. So, how do things look? Not great, to be honest.

The Brownback-style idealogues are in full control of both chambers and are working to forward their agenda at record pace. We’ve seen bills passed that work to divert money from our public schools, others that restart parts of the Brownback experiment through tax cuts for corporations and the wealthy, as well as the continued stripping of powers of the Governor.

What haven’t we discussed in committee? Important issues such as: how we’re going to attract and retain great teachers after what has been likely the most challenging year in history, as well as helping people who are struggling from the pandemic. Oh, there’s plenty of criticism given on issues surrounding COVID, but little to nothing being done to put together solutions (the big “solution” continues to be taking power away from the Governor).

Of course, talks of Medicaid Expansion are almost no where to be found. When it was brought to the Senate floor as an amendment a couple weeks ago, only 12 voted in favor (all 11 Democrats and 1 Republican).

Well, at least it can’t get worse you might be thinking. But I am here to tell you it absolutely can. Right now, while the Republican party has a super-majority in both chambers, they can’t always unify on measures to override vetoes by the Governor. But, what if we didn’t have Governor Kelly and all that was required was a simple majority to get a bill in to law?

Then you would see all kinds of horrible legislation moving forward that would drastically reshape the state of Kansas. The Koch network could finally get everything they want here by privatizing our schools and ensuring wealthy idealogues have complete control.

So while the 2022 elections may seem a while off, they will get here quickly. Already there are plenty of Brownback/Kobach style extremists putting together their plans to challenge Governor Kelly.

If you would prefer to not see versions of “The Handmaid’s Tale” brought to life in Kansas, it might be a good time to start thinking about what you can do to make a difference in the 2022 elections. Make no double about it, with the ideas being brought forward by this group of extremist Legislators, with an ally in the Governor’s position, the Brownback years will look like child’s play. 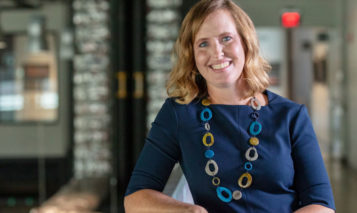