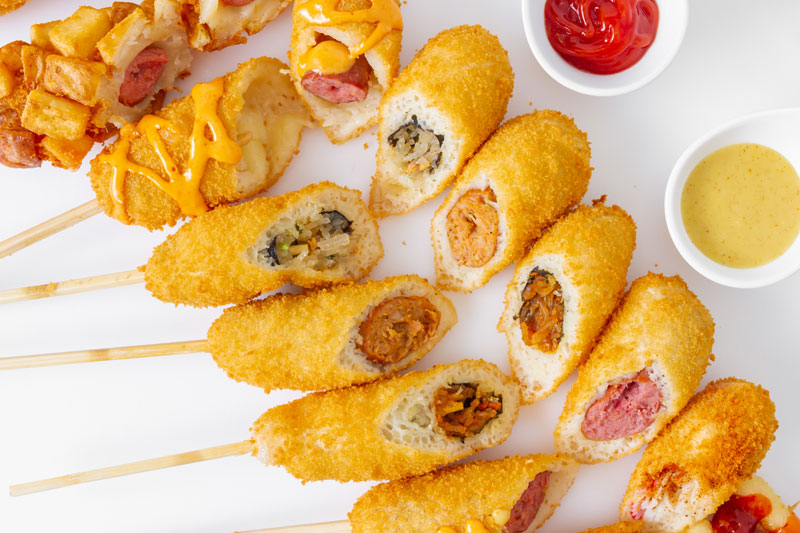 The Overland Park location at 10308 Metcalf Avenue will be the third Ssong’s Hot Dog in the U.S., with two other restaurants in a Maryland mall, according to the chain’s website.

Josh Lim, Ssong’s chief executive officer, said in an email to the Shawnee Mission Post that the Overland Park location is the company’s first effort at a broader American expansion.

“Overland Park is in the middle of the Midwest, which is strategically important for us to expand to the south, north and further west while we are mostly focused on the east coast of the [United] States at the moment,” Lim said.

Ssong’s Hot Dog offers a variety of corn dogs with a twist — different shapes and sizes, flavors and a unique batter mixture, according to the chain’s website. In South Korea, they sell as popular street food fare.

Menu items include a crab stick, a hotdog with diced potatoes for breading and a mozzarella sausage stick with half cheese, half meat inside.

The corn dogs are handmade with fresh batter mixtures and are deep-fried to order, according to the website.

Lim said while some Americans may have heard about Korean hot dogs, it’s likely there are few who have been able to try them directly — which is part of the excitement for Ssong’s, he said.

“At first, our food concept could be very different and may look foreign to first customers, but after the first bite, we hope customers will realize that our products are essentially corn dogs at a completely different level,” Lim said.

The Overland Park location is anticipating a soft opening on March 18, Lim said.