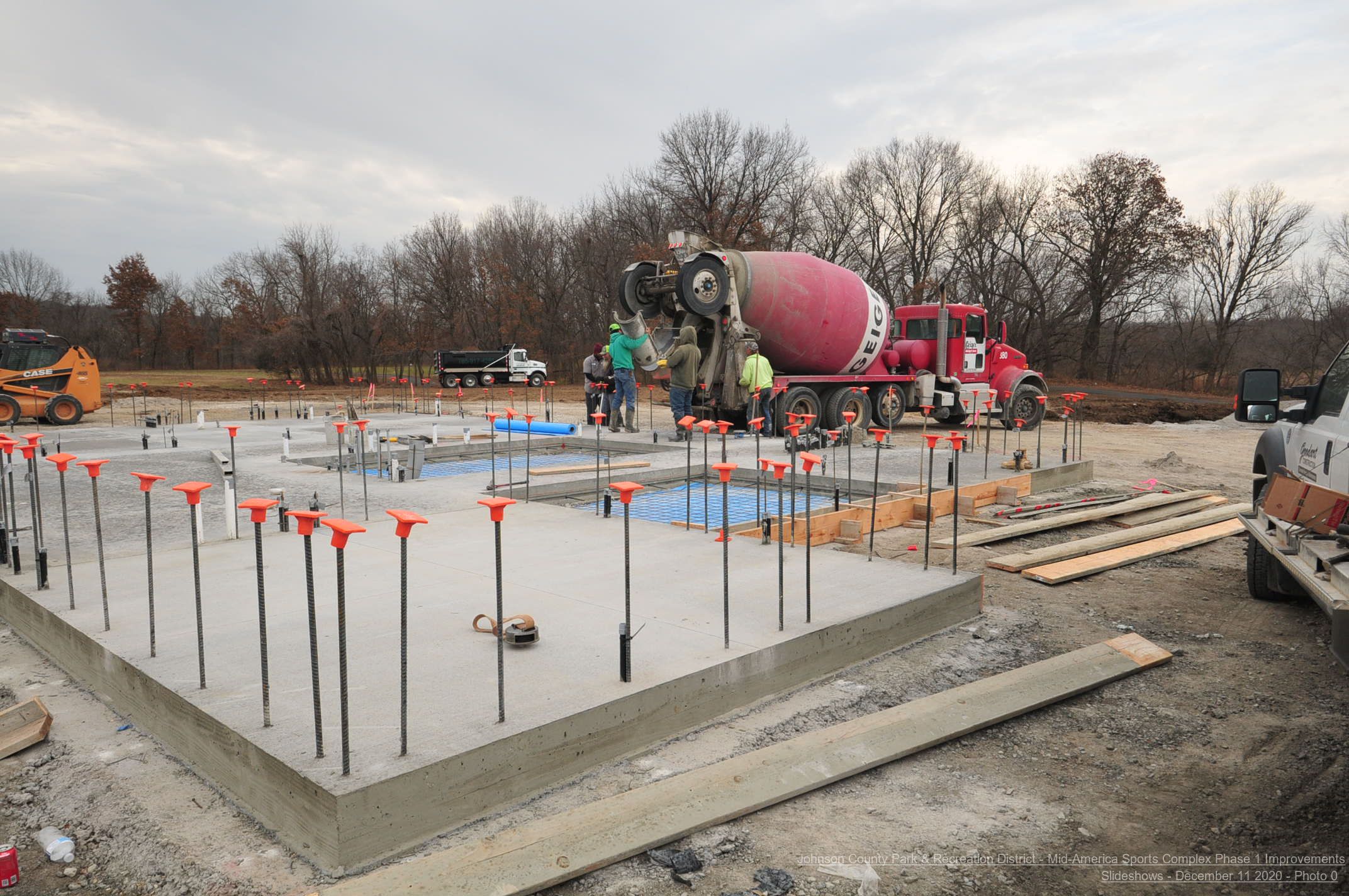 A concrete truck pours the slab on which the new Fan Zone is being constructed.

Despite two weeks of unusually cold weather during February, Phase 1 improvements at the Mid-America Sports Complex (MASC) are proceeding with only minor delays.

“To date, this extremely aggressive project has remained on schedule through the pandemic and through one of the coldest winter periods in recent Kansas history,” said Project Manager Jim Wilson. “JCPRD, the design team, and the contractor have worked cooperatively through the unusual project conditions to keep the quality, budget, and schedule to the standards that this high-profile project demands.”

The current project at MASC, designated as Phase 1 and involving about $12 million in improvements, got underway in October of last year. This represents the start of a six-year renovation plan at MASC and at Mid-America West Sports Complex approved by the Johnson County Board of Park and Recreation Commissioners in November 2019. The master plan for these improvements was developed by VSR Design, MHS, and Incite Design Studios, and will involve two more phases at MASC, followed by three phases at MAWSC.

“Including all planned phases of renovation of Mid-America Sports Complex and Mid-America West Sports Complex, this is the most ambitious project in JCPRD’s history,” noted Assistant Superintendent of Recreation Shannon Sonnier. “We are so excited to present this jewel to the community, as it will serve our users locally and be an economic engine for the region.”

MASC improvements being made for  Phase 1 include: new LED lighting for all 12 of the complex’s fields; installation of synthetic turf on four fields; new field and pathway lighting; replacing the complex’s entry plaza and entry gate; new satellite concessions and restrooms near fields 1 through 4;  and a new Fan Zone area west of fields 1 and 8 with full concessions, seating, restrooms, an umpires’ room, manager’s office, an outside BBQ cooker, a turf warm-up area, ten hitting tunnels, and an age-appropriate playground for ages 2 to 12. This zone will also serve as a designated site for teams to hang out between games.

The winter weather which impacted work on Phase 1 lasted about 14 days in mid- and late-February. Six days of February weather delays were already anticipated in the project timeline, so this will likely add an eight-day delay in the schedule.

Fortunately, a number of major portions of Phase 1 have already been completed.

“The field base drainage and rock have been completed for fields 1 through 4,” Wilson said. “Turf installation started Monday, March 8, on fields 2 and 3. The Fan Zone and satellite concession buildings are roofed and interior work is progressing.  The entry plaza has been partially constructed with the steel framing erected and some of the plaza paving installed. Field lighting has been installed on fields 1 through 10 and lighting on 5 through 8 are operational.  Utility and duct bank work has been completed.”

An earlier projection that brighter and more energy-efficient LED lighting on all twelve of MASC’s playing fields will be installed by April 2 is still expected to be met. Also, turf installation on fields 1 through 4 by that date will likely be met on three of the fields with one possibly being delayed about a week by weather.

While Wilson anticipates the new concession building between fields 1 through 4 will receive a Temporary Certificate of Occupancy (TCO) as expected on or before June 4, he added that this does not necessarily mean that the building can go into service immediately.

“There are items: particularly IT; furniture, fixtures and equipment; food service requirements; licenses and inspections; and training required to bring this project fully online,” he said. “Some of these requirements cannot commence until the TCO is received.  This was always anticipated to require an additional two weeks of time from the TCO date.”

Other items yet to be completed for Phase 1 include building interiors, pathways, pedestrian lighting, netting, playgrounds, and batting cages.

Sports & Facilities North Manager Doug Hite said because of construction, the start of spring leagues at MASC has been pushed back to May 2. Registrations for those leagues are currently being taken.

Adult Spring Slowpitch Softball Leagues at Heritage Park are not affected by the MASC construction work and will begin March 16 as planned. 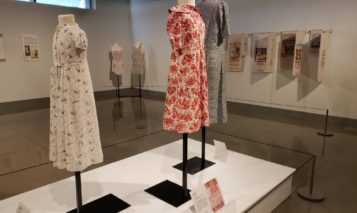 Inside JCPRD: Johnson County’s thrifty past 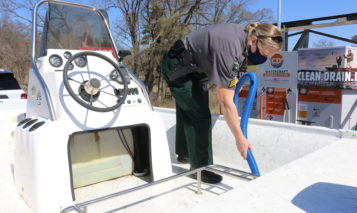 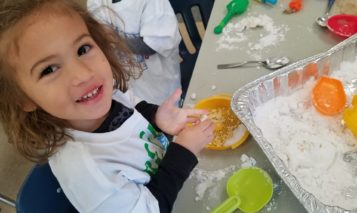 Inside JCPRD: Join the new Trail of Savings on Wednesdays beginning April 7! 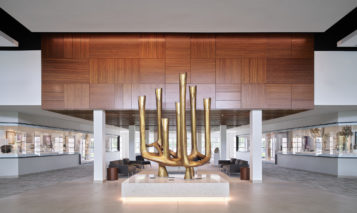 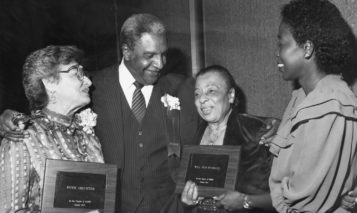 Inside JCPRD: Ruth Shechter – Advocating for all