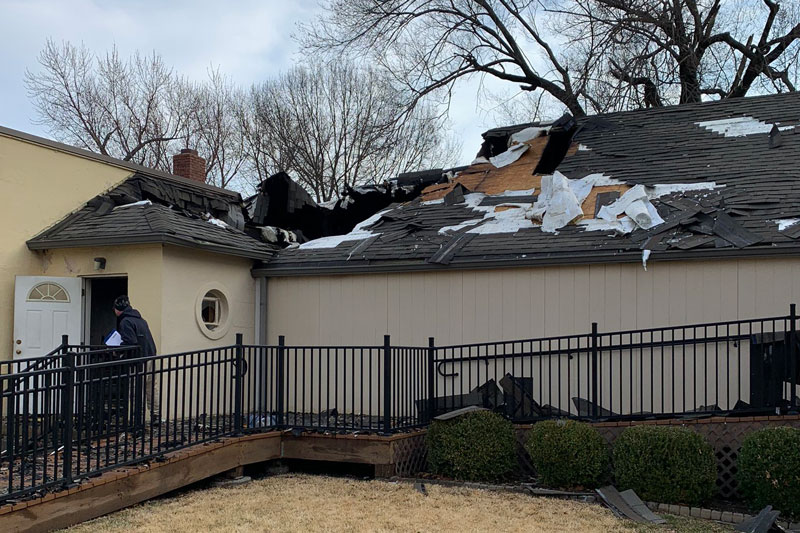 The Kansas City field office of the Bureau of Alcohol, Tobacco, Firearms and Explosives has found the First Baptist Church fire to be accidental. Above, the aftermath of the Mission church fire. Photo via ATF KC's Twitter.

The Kansas City field office of the Bureau of Alcohol, Tobacco, Firearms and Explosives has ruled a fire last week at the First Baptist Church of Mission was accidental.

That’s according to an ATF KC tweet sent late last week that also contained several images from inside the building next to the church’s main sanctuary where the fire occurred.

The fire started in the attic of the church’s educational wing late Thursday afternoon, according to investigators. The ATF photos confirm what Consolidated Fire District No. 2 Deputy Chief Steve Chick said on the scene Thursday that the building would “be a total loss.”

“The north structure[educational wing] is going to be a total loss,” Chick told the Shawnee Mission Post. “The sanctuary end, or the south structure, we’ve been able to maintain the integrity of that building and have no damage at this point.”

Nobody was injured in the fire.

About 40 firefighters from the Overland Park and Shawnee Fire Departments, Johnson County Med-Act and Consolidated Fire District No. 2 arrived on the scene around 5:20 p.m.

Firefighters for a time battled the fire inside the building but were eventually moved to the church’s exterior once they ruled the building was becoming too unstable. Part of the building’s roof ultimately collapsed.

After the fire erupted on Thursday, investigators from Consolidated Fire District No. 2, the Kansas State Fire Marshal and the ATF began looking into the cause of the fire.

ATF investigations are standard whenever there is a fire at a house of worship and are not necessarily an indication of suspected criminal activity.

This story has been updated with comments from ATF.