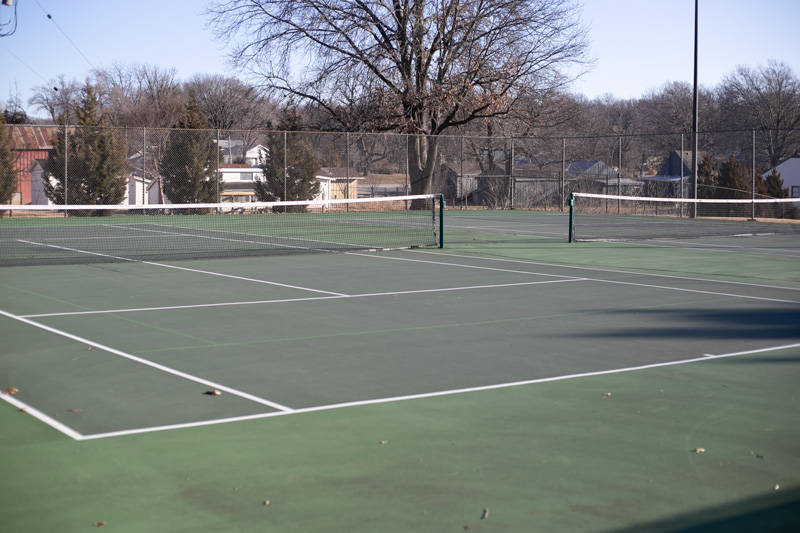 Pickleball lines and nets will be part of the new tennis courts coming to Listowel and Herman Laird parks in Shawnee.

Shawnee is planning to replace the aging tennis courts at both parks and also get new fencing and court lighting.

Listowel Park is located at West 71st Street and Quivira, and Herman Laird Park is on Johnson Drive near downtown.

The tennis courts were installed in the 1970s and have had periodic maintenance, but they have “exhausted their useful life,” city staff reported in a memo. Issues include significant cracking in the asphalt and structural issues with the lighting, fencing and nets.

In total, the project includes:

The Shawnee City Council on Feb. 22 agreed to hire North Kansas City -based McConnell & Associates for about $600,000 to complete the project.

City staff identified $12,000 worth of savings to do the two projects at the same time, according to city documents.

Replacement of the courts is part of the city’s Parks and Recreation Master Plan.

City staff noted that the new kind of surfacing is currently the best management practice for tennis court renovations. Lenexa and Olathe have completed similar projects.

Additionally, city staff reported that these courts will be for both tennis and pickleball. While the courts will not be dedicated solely to pickleball, the mobile nets will overlay onto the courts to be interchangeable. Leawood’s courts have a similar system, according to Shawnee city documents.

The projects must be completed by Dec. 31, according to the contract with McConnell & Associates.