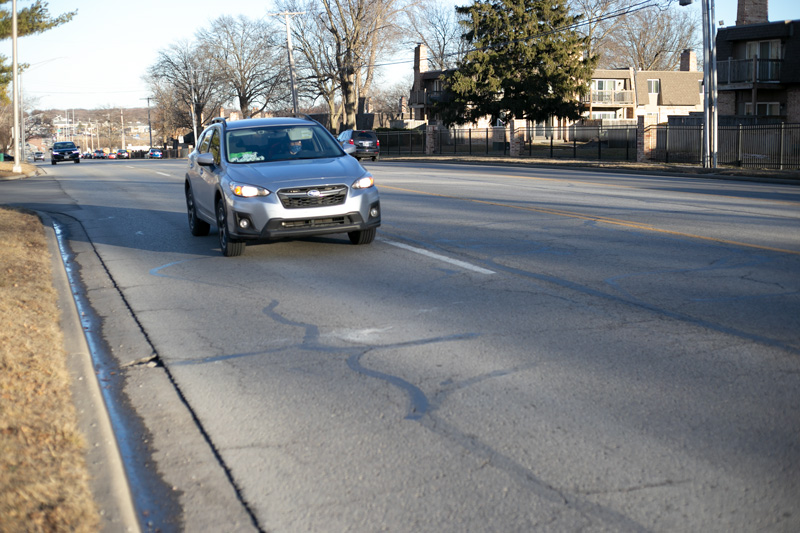 The move to use eminent domain will allow the city to acquire land from dozens of mostly commercial properties along 75th Street. File photo.

Located along a section of 75th between Quivira and Switzer Roads, the project involves the widening of a sidewalk on the north side of 75th as well as building a new 8-foot multipurpose trail along the south side.

Paul Lindstrom, senior project engineer with the city, said nearly all of the permanent and temporary easements are required to make room for the sidewalk expansion and new trail.

Lindstrom noted that the city will compensate property owners abutting the project. Most of the 36 properties affected by the project are commercial sites, he added.

City staff said the city needs to proceed with the process to claim eminent domain in order to avoid any delays on the project.

The Shawnee City Council on Monday unanimously agreed to declare it necessary to acquire the easements for completion of the project, as well as an ordinance authorizing the acquisitions.

Invoking eminent domain is the latest in the city’s series of steps to redesign and improve this part of 75th Street.

Last year, the city completed a study of the corridor that ultimately recommended improving connectivity and safe passage for students and families at nearby Shawanoe Elementary.

Residents who participated in the public engagement process of the study said they support construction of a shared use path as well as improvements for safe crossing of 75th Street to the elementary school.

As a result of the study, the Re-Design 75th Street project includes the following:

The total project budget is $3 million. Johnson County is contributing $1.4 million from the County Assistance Road System program, according to city documents.

City staff reported that design and reconstruction plans are 95% complete. Construction is slated to begin in the spring and be complete by the end of the year.