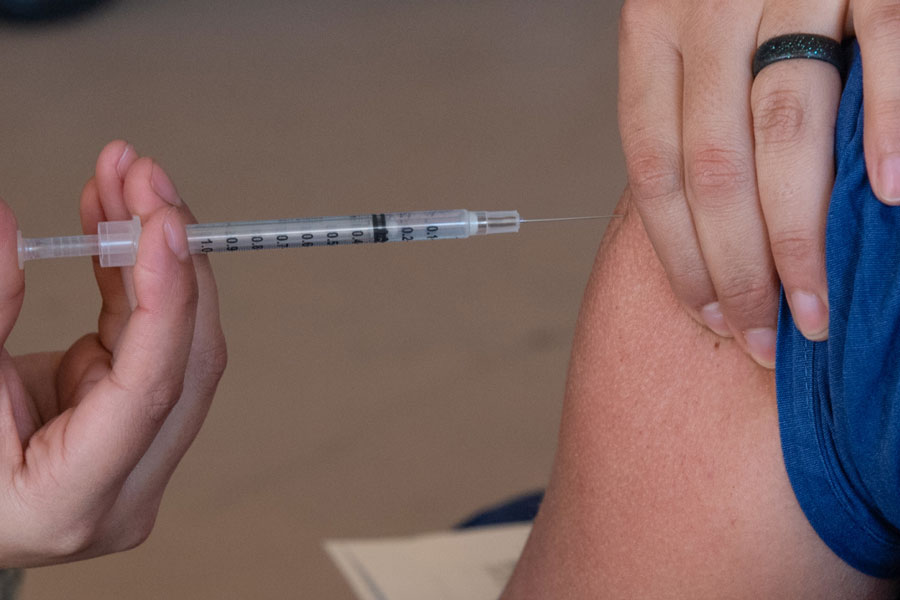 Balls Foods, which owns Hen House and Price Chopper, says its Kansas City-area pharmacies have administered more than 1,100 doses of the Moderna vaccine as part of the Federal Retail Pharmacy Program. The company says it expects its next shipment will arrive by the end of this week and vaccinations could resume as soon as Monday, March 1. Photo credit Navy Medicine. Used under a Creative Commons license.

She said they expect a new shipment of vaccines to arrive by the end of this week. They hope to begin a new round of vaccinations at nearly a dozen of their Kansas City-area pharmacies by Monday, March 1.

Johnson County residents eligible to be vaccinated are encouraged to check Balls Foods’ pharmacy page regularly to see if appointment slots at any location are available.

Pharmacies at seven Hen House and Price Chopper locations in Johnson County are currently offering doses of the Moderna vaccine as part of the Federal Retail Pharmacy Program.

Overall, Applegate says, 11 pharmacies owned by Balls Foods are participating in the program. In addition, a pharmacy at a Walmart in Olathe is offering doses, too.

More than 1,100 doses administered so far

Doses through the Federal Retail Pharmacy Program remain extremely limited and are being allocated in a separate stream from doses received and distributed weekly by the Johnson County Department of Health and Environment.

Applegate said Balls Foods’ first shipment from the federal government earlier this month amounted to about 1,100 doses. She said they parceled out 100 doses to each participating Balls Foods pharmacy. They ended up administering slightly more than their allotted total because they were “occasionally” able to get an extra dose out of some vaccine vials.

Appointments to receive those doses filled up extremely quickly, and those doses have now all been administered. Currently, no slots are available and residents cannot sign up because the next round has not yet arrived.

Applegate told the Shawnee Mission Post in an email that Balls Foods has attempted to obtain a bigger allotment for future shipments but so far has not succeeded.

“Our requests for increases at several of our locations appear to have been denied, but again, we do not have firm confirmation of what will be arriving until it actually ships,” she wrote. “We’ve been working with our federal partner who has been working with the federal government, and we are not able to get any further information about allocation.”

She also said they have requested that all 13 of their Kansas City-area pharmacy locations in Kansas be allowed to receive doses through Federal Retail Pharmacy Program, but she said that is a “state-level decision” and, so far, Balls Foods has not received information on when or if that will happen.

The Post has reached out to the Kansas Department of Health and Environment and will update this story when we receive a response.