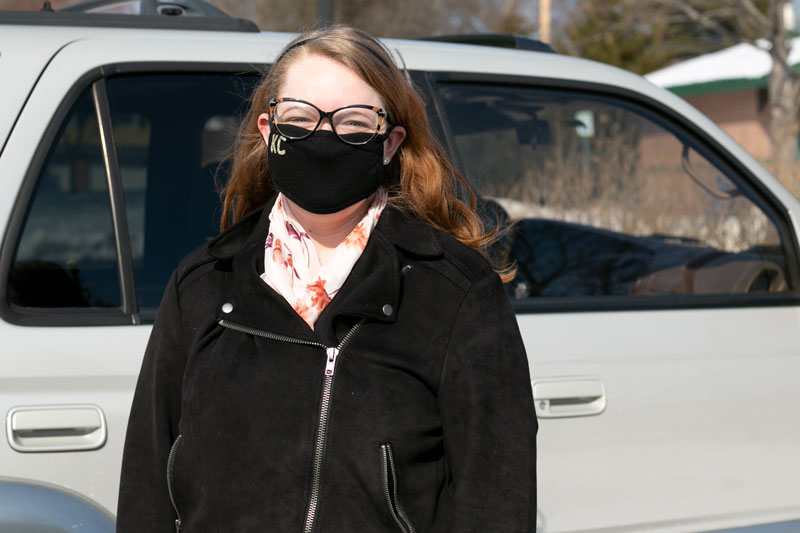 Some Johnson County cities have reported an uptick in thefts of vehicles' catalytic converters, a trend which has been mirrored in other large metro areas around the U.S., including Wichita and St. Louis. Shawnee resident Skylar Gott had her catalytic converter stolen recently. Replacing the devices can cost more than $2,000. Photo credit Juliana Garcia.

Skylar Gott, a Shawnee resident, realized something was wrong with her 1997 Toyota 4Runner recently. When she turned it on, she says, it sounded like a big rig.

Gott went online to the Facebook group Kansas City Toyota Club with a description of what was wrong, and soon came to the conclusion that her catalytic converter had been removed and stolen. She’s not alone.

Cities across the county, including Overland Park and Lenexa, say they are experiencing an uptick in thefts of catalytic converters, which can be hacked off a car’s underbelly in just minutes. The city of Lenexa issued a warning earlier this month, saying there has been a “dramatic increase” of such thefts around businesses with a fleet of vehicles parked overnight.

Gott says she has heard from other individual vehicle owners in the Kansas City metro— via the Toyota Club Facebook group and on the messaging app Nextdoor — who have had theirs stolen as well. She now encourages car owners to be more aware of the issue.

“The more that thefts are talked about by public agencies, news sources and communities, these thieves are less able to slip under the radar,” Gott said. “More awareness may lead to more of a risk of getting caught, which may act as a deterrent.”

‘Not an ideal situation’

Catalytic converters are a key emissions-control device for non-electric cars, that reduce toxic gases and pollutants from internal combustion engines.

The New York Times reported earlier this month there has been a notable increase in catalytic converter theft in large cities across the U.S. over the past year, including a three-fold jump in Wichita.

Experts attribute that increase, in part, to the soaring price of precious metals like palladium and rhodium contained in most catalytic converters, which has been driven by stricter car emissions standards around the world. Thieves can fetch higher prices when selling stolen catalytic converters to scrap metal dealers and on the black market.

Locally, on her Nextdoor app and in the Kansas City Toyota Club Facebook group, Gott has seen the following catalytic converter thefts reported:

New Hope Presbyterian Church in Olathe reported two vehicles’ catalytic converters were stolen from two church pantry trucks early on the morning of Feb. 18. The church’s pantry coordinator Jim Linker said they were unable to make deliveries for a few days after that.

“When they do that to a nonprofit like us, that tries to feed people and stuff, it takes food out of the community and makes hunger grow bigger instead of smaller,” Linker said.

Linker said both of the church pantry trucks were fixed by Tuesday and are now being parked in a more well-lit area closer to security cameras.

“I did get it replaced, but during a pandemic when finances are a struggle for many, it was definitely not an ideal situation,” Gott said.

How to prevent catalytic converter theft

Catalytic converters can be stolen within a matter of seconds, and can be expensive to replace — putting a strain on individuals as well as companies with fleets of vehicles.

If a vehicle’s catalytic converter has been stolen, it “will be extremely loud when started, and the noise will grow louder when pressing the gas pedal,” according to Lenexa’s warning to residents.

Below are tips from local police departments — along with some suggestions from victims, like Gott — on how to prevent your vehicle’s catalytic converter from being stolen: