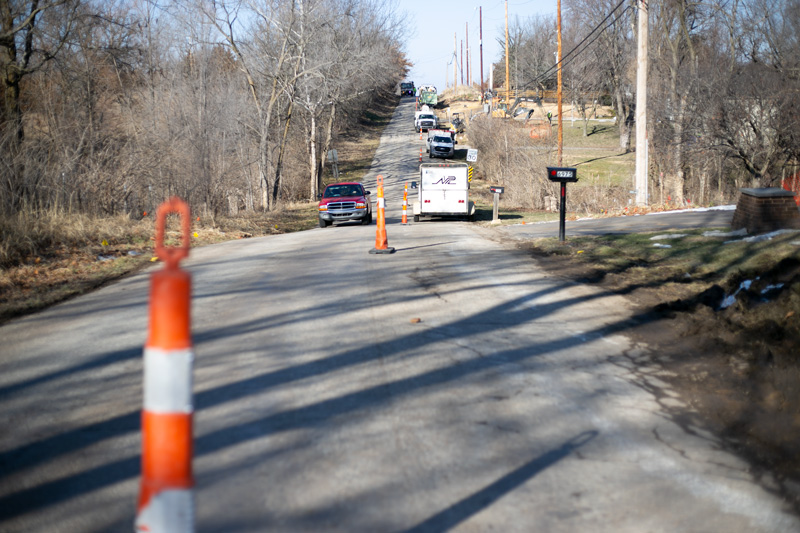 Reconstruction of part of Monticello Road in Shawnee is slated to begin later this month. The city has hired Miles Excavating to make construction improvements. File photo.

Reconstruction of part of Monticello Road in Shawnee is slated to begin later this month, after the city hired Miles Excavating to make improvements.

The Shawnee City Council on Feb. 8 unanimously agreed to sign a roughly $5.8 million agreement with Miles, a Basehor-based company that was the lowest bidder on the project, to complete phase 1 construction along a section of Monticello Road between Shawnee Mission Parkway and 71st Terrace, as well as 71st Terrace from Monticello to Chouteau.

The strip of Monticello Road between Shawnee Mission Parkway and 71st Street has the look and feel of a narrow country road with no curbs or sidewalks. Earlier this year, Shawnee made plans to invoke eminent domain along the project area to access private property to complete the project.

Phase 1 improvements, which total about $5.9 million, include:

The contract work also includes costs to relocate a portion of the waterline for WaterOne. The utility will reimburse the city for its share of the relocation cost, according to city documents.

Shawnee city staff noted that the city is waiting to hear back from the Kansas Department of Transportation before starting construction. At this time, construction is slated to begin by the end of February and should be completed by the end of 2021.

Shawnee had originally included the Monticello reconstruction project in the city’s capital improvement program in 2008, but due to various issues, the project was delayed, according to city documents.

The Monticello improvements project is partially funded with $3 million in federal funds and Johnson County’s contribution of $600,000 through the County Assistance Road System program.

There was no public comment or discussion from the council.