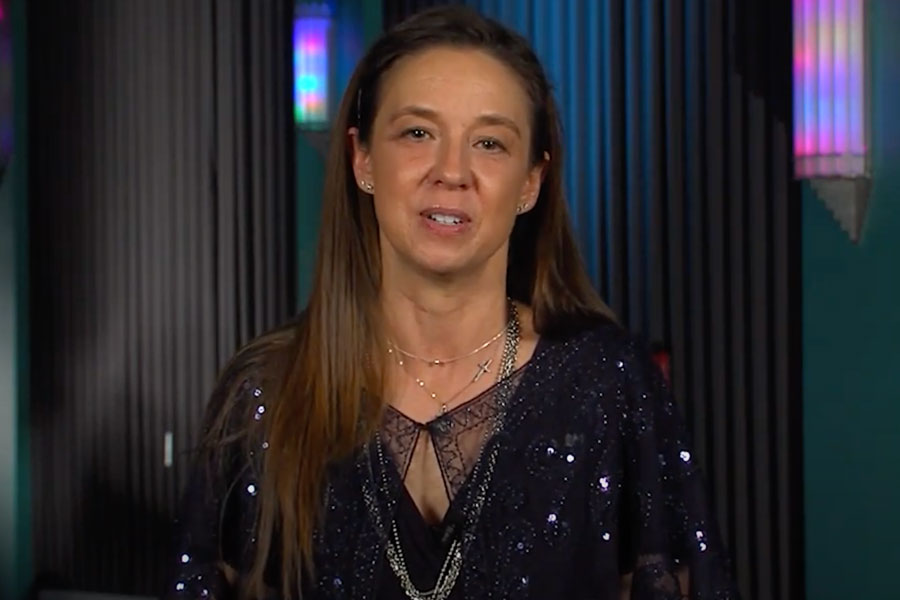 Shawnee’s collective response to the COVID-19 pandemic — with businesses, residents, city staff and volunteers working together to rise up — was the central theme to Mayor Michelle Distler’s State of the City address delivered virtually on Thursday morning. Most of her pre-recorded remarks were given from inside the newly remodeled Aztec Theater. Image courtesy City of Shawnee's YouTube channel.

To underscore her message of weathering the pandemic, Distler during her pre-recorded remarks appeared at several new businesses, including the newly remodeled Aztec Theater downtown, McLain’s Market nearby and the Heartland Logistics industrial park, which celebrated a groundbreaking last summer.

Distler’s speech marked her sixth State of the City address as mayor of Shawnee. The Shawnee Chamber of Commerce was the virtual host.

Below is a video recording of the meeting.

Here are five takeaways from the State of the City address:

2020 was a hard year for local businesses

Despite Distler’s message of hope in highlighting new businesses, the past year posed major challenges for the city because of the pandemic and the economic downturn it prompted.

Still, Distler argued that residents rose up to support local businesses and restaurants that have struggled after being ordered to shut down and adjust operations.

She noted that restaurants have also pivoted by offering curbside services and expanding carryout options.

Distler thanked the community for doing its part to support local businesses which have, for the most part, struggled to regain the momentum they had prior to the pandemic.

“You all made a commitment to do what you could do to help keep the doors open at our businesses,” Distler said. “Whether it was ordering takeout from your favorite Shawnee restaurant, doing curbside pickup at a local boutique, or swinging by to grab to-go beers from one of our breweries, you made choices to stay local, and it shows.”

Shawnee did see instances of business growth and new developments during 2020.

Speaking from the new Heartland Logistics industrial park at 43rd and K-7 Highway, Distler said the project is expected to bring up to 2,000 jobs. Construction is still underway.

The mayor’s appearance for part of her remarks at Aztec Theater were no coincidence.

The newly reopened and remodeled theater, she said, is an example of Shawnee’s pride in local history and the city’s desire to restore downtown in order to make it a local hotspot and destination.

“It has been painstakingly and lovingly restored and is now open for the first time in more than 40 years,” she said. “Seeing the marquee lit at night in our downtown is like a beacon of hope for our community. It signals promise and revitalization as Shawnee flourishes into the future while also keeping a commitment to honor our history.”

No mention of mayor’s perjury case

Through her remarks, Distler made no mention or allusion to her recent arrest on one count of felony perjury.

The mayor is accused of filing an open meetings complaint with the state attorney general’s office under someone else’s name.

Earlier this month, she reached a diversion agreement with the Johnson County District Attorney’s Office. If she successfully meets the requirements laid out in the agreement — including completion of 150 hours of community service — then the charge could be dropped.

The only thing Distler has said about the case publicly came from a statement through her lawyer, Robin Fowler, after the case went to diversion:

“She looks forward to moving on with her life in a constructive way and plans to continue to do her part to try and make her community a better place to live. She also wishes to express her heartfelt apology to anyone impacted by these events,” Fowler said.