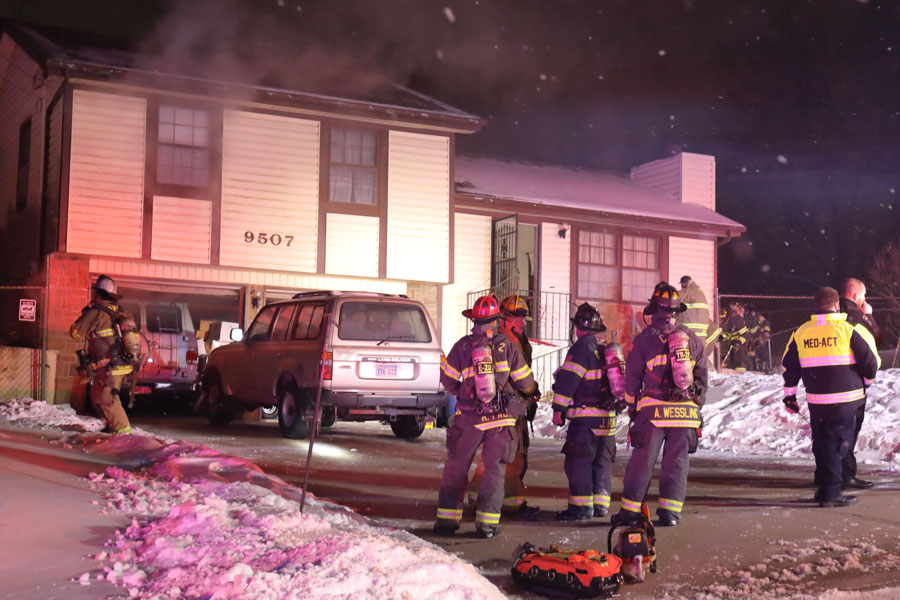 Firefighters from three different agencies responded to a house fire in Merriam Wednesday night. One woman in her 70s was taken to the hospital with minor smoke inhalation. Photo credit Mike Frizzell.

One woman was transported to an area hospital for minor smoke inhalation after a house fire in Merriam on Wednesday.

Firefighters from Overland Park, Shawnee and Consolidated Fire District No. 2, which covers 8 municipalities in northeast Johnson County, responded to a home in the 9500 block of West 50th Terrace shortly after 8:15 p.m.

Jason Rhodes, Media Manager for the Overland Park Fire Department, says firefighters arrived to report light smoke from the split-level home. Both residents were reported to be outside safely.

Johnson County Med-Act transported a woman in her early 70s to an area hospital for minor smoke inhalation.

Rhodes says the home sustained minor smoke damage. Firefighters were able to contain fire damage to a small area in the basement. The house did have working smoke alarms.

The exact cause of the fire remains under investigation. A damage estimate has not been released.