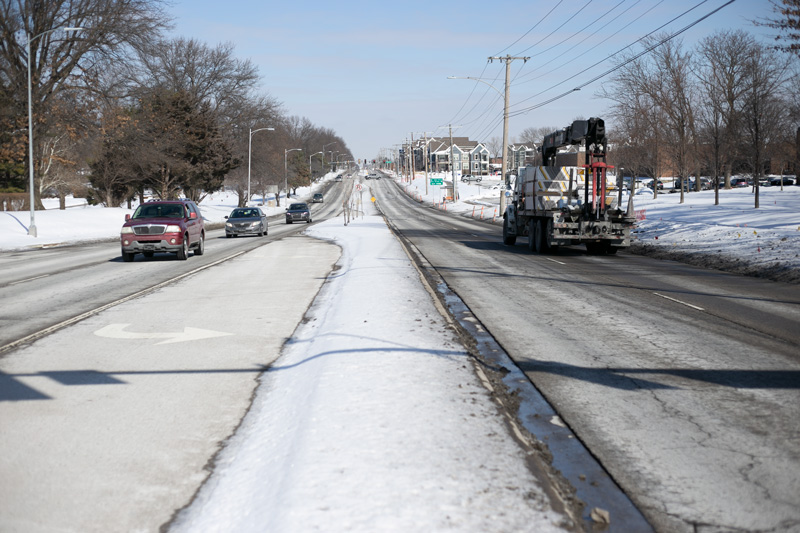 Lenexa is planning to revamp a stretch of Quivira Road between 79th Street and 87th Street Parkway.

Lenexa is planning to revamp a stretch of Quivira Road between 79th Street and 87th Street Parkway.

The Lenexa City Council on Tuesday unanimously agreed to hire Harrisonville, Mo.-based VF Anderson for about $3.5 million to make improvements along the section of Quivira.

VF Anderson was the lowest bidder for the construction contract.

Construction is slated to begin this spring and wrap up by the fall.

Total construction costs for the project amount to roughly $4.1 million. Components of the project include the following:

Lenexa city staff noted that improvements of the entire Quivira Road corridor are a result of a partnership with Shawnee. The boundary between the two cities is just south of 75th Street along Quivira. Shawnee is also contributing about $77,300.

Lenexa decided in December 2019 to move forward with acquiring right-of-way access for the construction improvements along Quivira Road. Condemning some property abutting the corridor for public access to the site was part of that process.

In 2018, Lenexa considered a study that suggested improving bikeability and walkability along the Quivira Road corridor. Trail connections to Turkey Creek trail and to Hidden Woods Park south of 83rd Street were also part of discussions at that time.