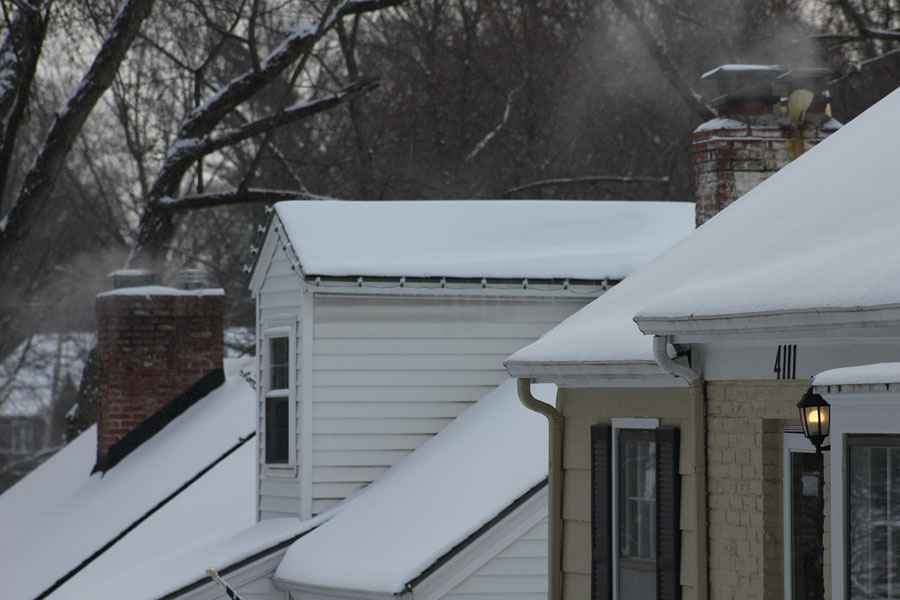 The city's new carbon emissions dashboard allows residents and businesses to plug in their address to see what their current carbon output is and get suggestions for how to reduce it. The city has set a goal of reducing its overall carbon emissions by 28% by the year 2025. Above, Roeland Park homes on a recent cold morning. Photo credit Kyle Palmer.

Roeland Park residents now have a way to check their household’s and city’s carbon footprint in real time.

At Monday night’s council meeting, Dynamhex founder and CEO Sunny Sanwar updated the council on the system, which went live on the city’s website Feb. 1.

The software enables users to see real-time citywide carbon emission numbers. It also allows residents and businesses to type in their address to see their building or home’s specific emissions and learn ways to reduce them. That can include steps like adding insulation, installing more efficient heating and cooling systems and solar power.

“Empowering every citizen with that data helps them understand their role in this community health problem,” Sanwar said.

According to council documents, Roeland Park produced 55,117 metric tons of greenhouse gases in 2019, or 8.2 metric tons per resident.

Just over half that came from residential buildings, with the rest from transportation, commercial buildings and industrial facilities.

The city’s 28% emissions-reduction goal would lower emissions to less than 40,000 metric tons a year overall.

According to council documents, methods to reduce emissions in city-owned buildings may include:

Dynamhex bases its carbon emissions evaluation on National Renewable Energy Laboratory models using county building permit information to determine a building’s age and features. This is a common method and the models are accurate 95% of the time, Sanwar said last year.

The software now in use in Roeland Park defines short- and long-term goals for reducing carbon emissions.

“We appreciate that it’s no small feat to empower people with data,” Kelly said. “You can throw strategies at them all you want, but having data to back it up goes a long way.”

In September, the Prairie Village City Council also approved a contract with the company to track its citywide greenhouse gas emissions and develop an action plan to reduce them.