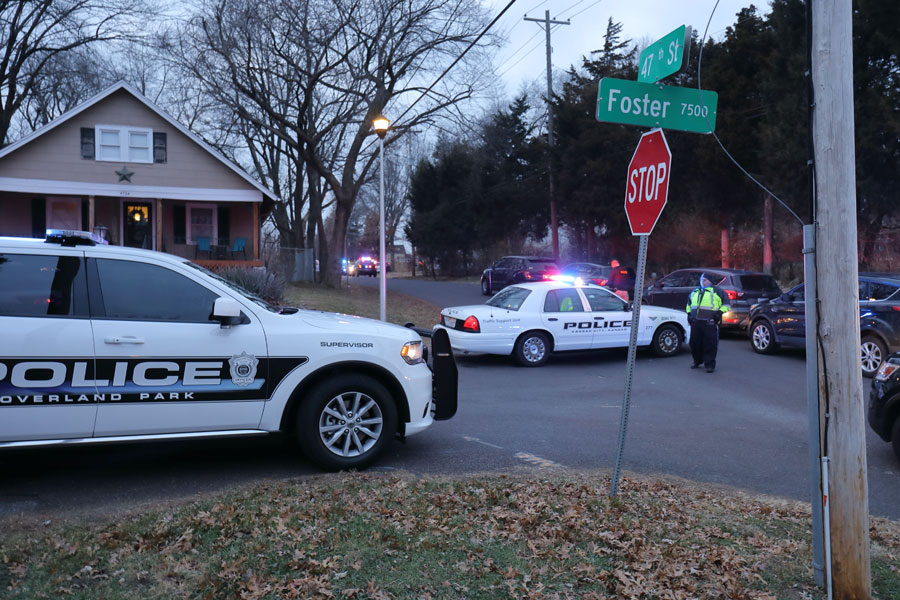 Johnson County District Attorney Steve Howe on Tuesday announced that his office has determined that the Kansas City, Kansas Police officer's use of deadly force in a shooting in December 2020 in Overland Park was justified. Photo credit Mike Frizzell. File photo.

Johnson County District Attorney Steve Howe on Tuesday announced that his office has determined that the Kansas City, Kansas Police officer’s use of deadly force in a shooting in December 2020 in Overland Park was justified.

The district attorney’s conclusion follows the review of an officer-involved shooting on Dec. 15, 2020, that began in Kansas City, Kansas, and wound up on Conser Street near 47th Street in Overland Park. KCK Police Officer Daniel Vance was responding to a hit-and-run and made contact with the suspect, according to a press release from the district attorney’s office.

This is a corrected press release – we apologize for the confusion we caused by having a typo in the date of occurrence. pic.twitter.com/Z2TuniJLKW

No audio or video recordings of the incident exist, Vance had no body camera, and there were no eye witnesses, the district attorney’s office reported. Ballistics evidence support Vance’s version of events, the office reported.

The suspect, Jesse James Flaugher, shot at Vance multiple times, hitting him at least twice, according to the district attorney’s office. Flaugher faces a charge of attempted capital murder. He remains in custody at Johnson County Jail on a $1 million bond.

USD 232 in De Soto canceled classes for the second day in a row Wednesday, Feb. 17, as frigid, wintry weather continues this week. There will be no remote learning.

“This is in response to sustained inclement weather, slick roads, potential for more snow, and the possibility for continued rolling blackouts,” USD 232 staff wrote in an announcement. “There is an extremely high demand for energy use impacting multiple states and utility companies are working around the clock to help avoid large outages. Only essential personnel should report for work as directed.”

Childcare services in partnership with USD 232 and Johnson County Park and Recreation District are also canceled.

The Shawnee Mission School District will have a remote learning day on Wednesday for all students in the district.

Classes are remote in Shawnee Mission because of the frigid, wintry weather “and the need to support the reduction of energy usage in the community,” staff said in an announcement. Middle and high school students are already scheduled for remote learning through the end of this week.

The city of Merriam is launching a hat and glove drive called “Collecting for Crestview” to honor Ada Wallace, the elementary school’s social worker who recently, suddenly died.

Prior to her death, Wallace was collecting warm hats and gloves for each student at the school. To honor Wallace, Merriam is asking the public to drop off hats and gloves at city hall or the community center before Feb. 24.

Kids’ size large, to fit fourth to sixth grade students, are specifically being sought out.