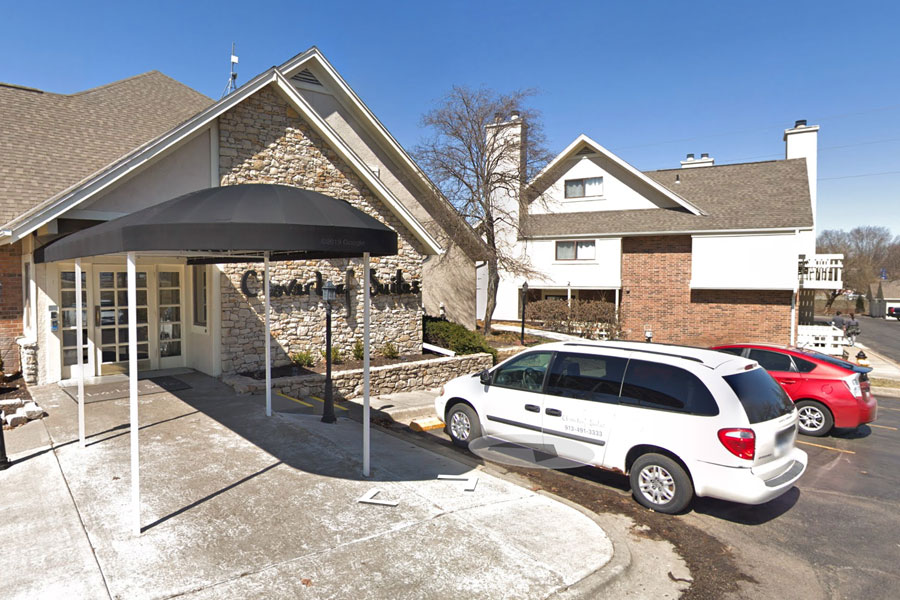 The Cloverleaf Suites extended stay hotel along 110th Street near I-435 will be converted into a new apartment complex with more than 100 studio and one-bedroom units, which are set to be leased for between $775 and $1,000 per month. Image courtesy Google Street View.

The need for more affordable housing won out over concerns over a lack of parking as the Overland Park Planning Commission this week decided to move forward with rezoning the Cloverleaf Suites extended stay hotel to allow developers to remake it into a complex of studio and one-bedroom apartments.

The hotel at 6300 W. 110th Street, near Interstate 435 and the Overland Park Convention Center, will be 30 parking spaces short of city requirements, but commissioners voted 7-3 to allow the rezoning because it could fill a need for affordable housing and because they could see no other solution.

PEG Companies, based in Provo, Utah, has been converting first-generation extended stay hotels into small apartments elsewhere in the city. Overland Park recently approved another such project at the Hawthorn Suites on College Boulevard.

The developer plans to do mostly interior remodeling to make the suites, originally built in 1984, into 84 studio and 28 one-bedroom units and rebranded the Aria Apartments on 110th.

A compromise on parking

A lack of parking proved the biggest obstacle to the project.

Overland Park requires 1.33 spaces for studio units and 1.5 for one-bedrooms. By that standard, Aria’s developers would need at least 153 parking spaces, but plans presented to the commission Monday only had 124 at the most.

City planning staff was concerned that lack of space might cause residents to park along adjacent streets or on other nearby properties.

PEG said it looked into several options, including a space sharing agreement with neighboring property owners, but could not find an alternative that would provide 30 more spaces, said Ben Davis and Alex Murphy, of PEG Companies.

Tearing out some of the building space would also be problematic because of its effect on the financial feasibility of the development, they argued. As a solution, future residents will be asked to pay extra for parking, rather than have parking included in the lease.

Need for ‘attainable’ housing wins out

Planning commissioners decided not to delay the request for one more month, as staff suggested, because the developer said it was not likely that any new alternative would present itself.

“I don’t know that there’s an answer for this square-peg-round-hole problem,” said Commissioner Michael Flanagan, who voted against the measure. “I think we’re asking for a parking war, a parking nightmare out there and it’s not a good thing for the city of Overland Park.”

However some other commissioners noted that the apartments could help fill a need for “workforce housing” that is in short supply in Overland Park.

Aria monthly rents run from $775 for a studio to $1,000 for one bedroom. Those rents could be more attainable for middle income earners like teachers and police officers making $31,000 to $40,000 a year, according to the developer’s presentation.

“Getting the property redeveloped is a good step for all the right reasons as it relates to workforce housing,” said Commissioner Steve Troester.