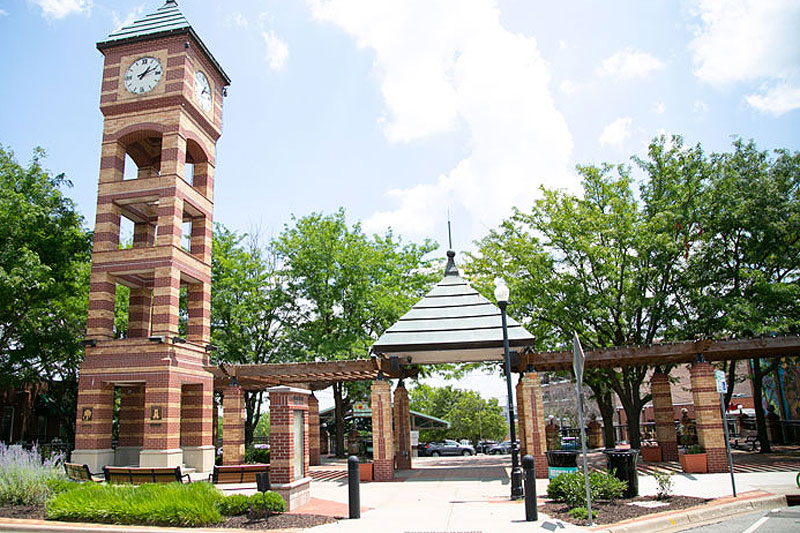 Northeast Johnson County mayors talked about the highs and lows of 2020 during the NEJC Chamber luncheon last month. While COVID-19 and racial unrest were among the main topics discussed, leaders also previewed upcoming city developments and initiatives like the wayfinding project for Downtown Overland Park (pictured above in a file photo).

The luncheon itself served as an example of a COVID-19 challenge, as the annual event went virtual with an afternoon Zoom call. While racial unrest, the 2020 election and big city projects were all hot topics, COVID-19 sat atop everyone’s list, including Overland Park Council President Kurt Skoog — who stood in for Mayor Carl Gerlach.

Skoog thanked frontline workers for the help this last year.

“[Frontline workers] have been tested this last year during COVID, and they have come through and demonstrated how much they care about the residents of our communities,” Skoog said. “Without them, this last year would have been even more challenging.”

The city of Fairway will be welcoming a new development and website in 2021, Mayor Melanie Hepperly said. The former Stroud’s location has been declared a Community Improvement District and is anticipated to become a multi-tenant retail space anchored by a Starbucks.

Additionally, Hepperly highlighted the city’s parks and recreation department for its creativity amid COVID-19. The department rolled out several events and activities that adhered to social distancing such as a Santa’s Workshop at the Fairway Pool — an event that was so popular, it will be added to the city’s annual offerings, Hepperly said.

Mayor Ken Sissom highlighted the opening of the new Merriam Community Center at 6040 Slater Street, as well as the improvements to Johnson Drive west of Interstate 35. The city’s exterior home improvement grant saw residents invest nearly $300,000 into their homes, and the city introduced two new grant programs: one for sustainability, and one for downtown revitalization.

Sissom said the city is looking forward to work to begin on the Johnson County Library that’s moving from it’s current Antioch Road space next to the Merriam Community Center.

Several developments made headway — or opened — in 2020 such as The Locale, Tidal Wave Auto Spa and the Mission Bowl redevelopment, Council President Arcie Rothrock said. A new Taco Bell is also opening up on Johnson Drive in February.

Additionally, the city’s assistance programs saw success despite the pandemic, Rothrock said. Mission helped 84 families with holiday meals and 54 families with gifts in December 2020, she said.

“We’re extremely proud of hitting all-time fundraising goals, even with fewer in-person interactions in 2020, proving that generosity in our community didn’t stop just because we stopped seeing each other,” she said.

Safety remained Mission Hills’ top priority in 2020, Mayor David Dickey said, and it was a low-crime year. Still, 90% of the cars stolen within city limits were due to unlocked cars or cars with keys left inside, he said.

The upcoming project the city will be working on is the safety, beautification and connectivity of Tomahawk Road.

One of the main Mission Woods 2020 project was the resurfacing of city streets, Mayor Darrell Franklin said. The city is now beginning a connected community sidewalks project to bring a sidewalk north of Shawnee Mission Parkway from Rainbow Boulevard to State Line Road, he said.

Skoog highlighted Overland Park’s Merriam Drive corridor study, which received a grant from the Mid-America Regional Council. The project will be in collaboration with the cities of Merriam, Mission and Kansas City, Kansas.

Additionally, the city is embarking on a wayfinding project for Downtown Overland Park that will help visitors locate places and businesses more easily, Skoog said.

Mayor Eric Mikkelson touched on Prairie Village’s Meadowbrook opening as well as new business such as Va Bene and Summer Salt Ice Cream at Corinth Square. The city has also held difficult conversations after rallies and protests for Black Lives Matter, and created a diversity task force to figure out how to gain and maintain a diverse population.

Despite the pandemic, 2020 was a year of renovations in Roeland Park. Mayor Mike Kelly touched on Roe 2020 — the city’s largest infrastructure project in its history at $10 million.

The city also finished up work on its signature park, R Park, which brought a new pavilion, restrooms and more to the former elementary school grounds. Other big projects include improvements to Roeland Park Aquatic Center and welcoming Sunflower Medical Group to the northeast corner of Roe Boulevard and Johnson Drive.

The city of Westwood has also adapted to COVID-19 with virtual meetings and community contests to bring residents together. Residents participated in a holiday home decoration contest, a sidewalk chalk contest and gathered for a socially-distanced Kansas City Symphony concert, Mayor David Waters said.

One of the main developments the city is looking forward to is the redevelopment of Westwood View Elementary, which has since been greenlighted after Shawnee Mission voters approved the district’s $264 million bond issue.

Mayor Paula Schwach highlighted the coronavirus pandemic in her five-minute presentation, and said city leaders have been most focused on immediate planning of safety, equity and budget control. Additionally, Schwach said residents put in over 500 hours of volunteer time to update The Green — the city’s only public green space.

Residents repaired the bridge over the creek, leveled the rock path and more, she said.

“This is what real democracy looks like: Neighbors united, working together, for a common good,” Schwach said. 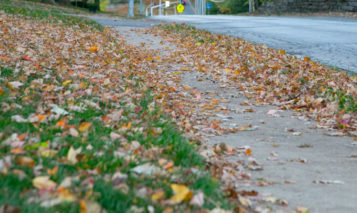 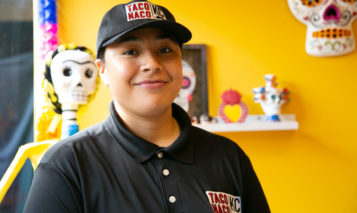 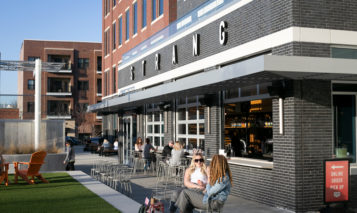