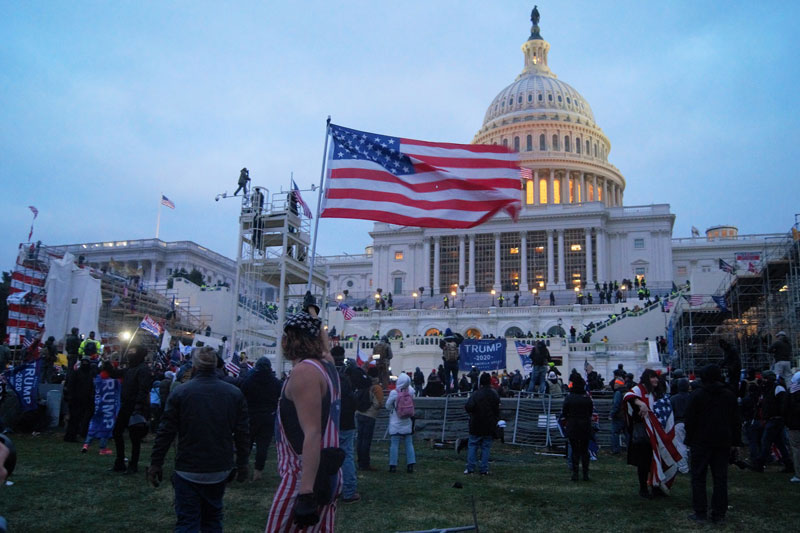 An Olathe Proud Boy — a group of far-right, all-males known for violence — was involved in the attack at the U.S. Capitol, the Kansas City Star reports. Photo credit Tyler Merbler. Used under a Creative Commons license.

Billy Chrestman, an Olathe resident, was involved in the Jan. 6 riot at Capitol Hill, the Kansas City Star reports.

Chrestman “wielded an ax handle” and “led chants” during the riot, according to his former high school peers and “watchdogs monitoring the movement,” the Star reports. Although Chrestman is said to have self-identified as a Proud Boy — a far-right, all-male group known for violence — Facebook posts in question have been deleted.

Additionally, the Star reports Chrestman declined to comment on both his involvement in the Capitol attack or with the Proud Boys.

Within the last week, the Prairie Village Police Department has reported that there have been eight auto burglaries and one auto theft at The Kessler, an apartment complex near Meadowbrook Park.

All of the nine crimes have been committed without forced entry, meaning the cars were left unlocked, Chief Byron Roberson said in an email to the Post. The department believes the burglars were able to enter the key-fob, gated garage through a propped door, Roberson said.

The Kessler management has been alerted about the incidents and have communicated with residents. Officers have also stepped up patrol in the Meadowbrook area, as well.

The Mission City Council has officially named Dan Madden as its police chief.

Madden, from September 2020 until now, has been serving as the city’s interim police chief. The city held a special called meeting on Wednesday to formally appoint Madden to his official position.