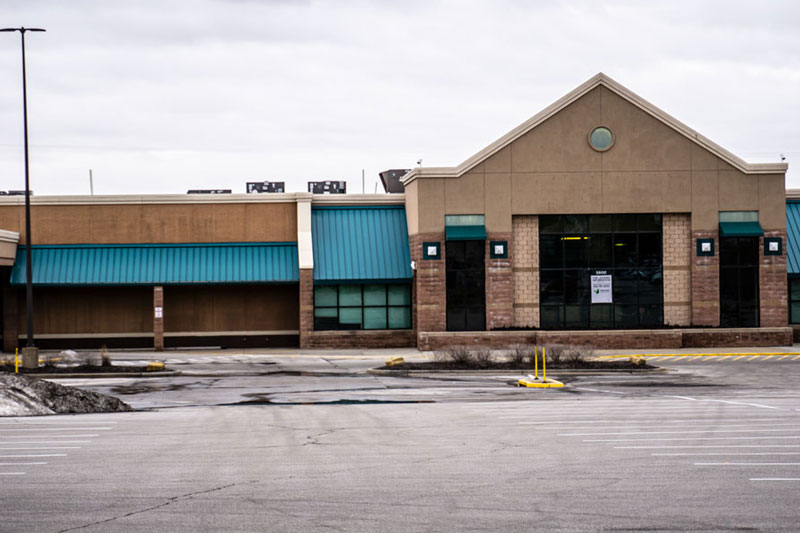 DDR Development, owner of Merriam Town Center, is dividing the former Hen House site into two commercial retail spaces with Bob’s Discount Furniture moving into the north side of the building.

A discount furniture chain will move into Merriam Town Center, set to take up about one-half of the building that was formerly Hen House Market, 5800 Antioch Road.

Bob’s Discount Furniture, a national retailer, will occupy the north half of the building, next door to a GameStop franchise.

The tenant for the south half of the space is yet to be determined.

The Hen House store closed in 2018 after lease negotiations fell through. The future of the grocery store site has been a topic of interest for residents and city officials ever since.

To accommodate two new storefronts and their respective entrances, the following façade changes will be made to the currently vacant space, per city documents:

No lighting or parking changes are being proposed, but the planters in front of the drive-thru canopy will also be removed. The planters will be replaced with new ones, according to city documents.

Additionally, a process called exterior insulation and finishing system will be used to match the new façade to the rest of the shopping center, according to city documents.

Tenants will be allowed to use individual expressions on their façade canopies, but still maintain consistency with the rest of Merriam Town Center via materials and colors.

The Merriam Planning Commission Wednesday unanimously approved the above façade changes, with no discussion.