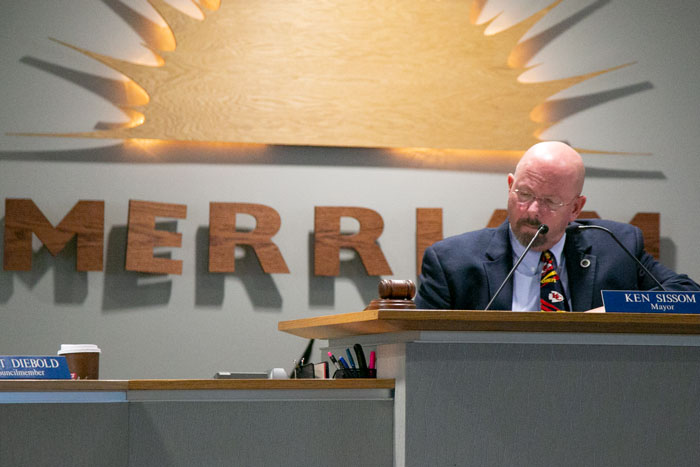 Merriam Mayor Ken Sissom says he will not run for another term, and Councilmember Bob Pape — the city's former fire chief — has filed for candidacy. File photo.

Merriam Mayor Ken Sissom will be stepping down from his position this year after he completes his third term in office.

Sissom, who was first elected in April 2009, previously served as Merriam’s police chief, retiring from that position in 2005. Sissom confirmed he doesn’t have any plans to run again — making way for a new city leader.

“I have accomplished all my goals,” Sissom said in an email to the Shawnee Mission Post. “To include seeing our new community center built and now open.”

One candidate so far has filed to replace Sissom

Pape had made clear he would not run against Sissom if he had decided to run for a fourth term. Pape said Sissom “has done an excellent job of leading [Merriam] during the past 11 years.”

Pape has represented Ward 4 on the City Council since 2015 and has worked closely with Sissom as the council’s vice president and current president.

Still, becoming mayor has been a long-time goal for Pape who has expressed interest in it since he retired from the fire department in 2014.

“Merriam has been my home since 1966,” Pape said. “I grew up in this community and have seen it transform into the wonderful city we have today.”

He also said he wants the city to focus on redeveloping the former K-Mart, revitalize downtown Merriam and improve to the city’s walkability and bike-ability.