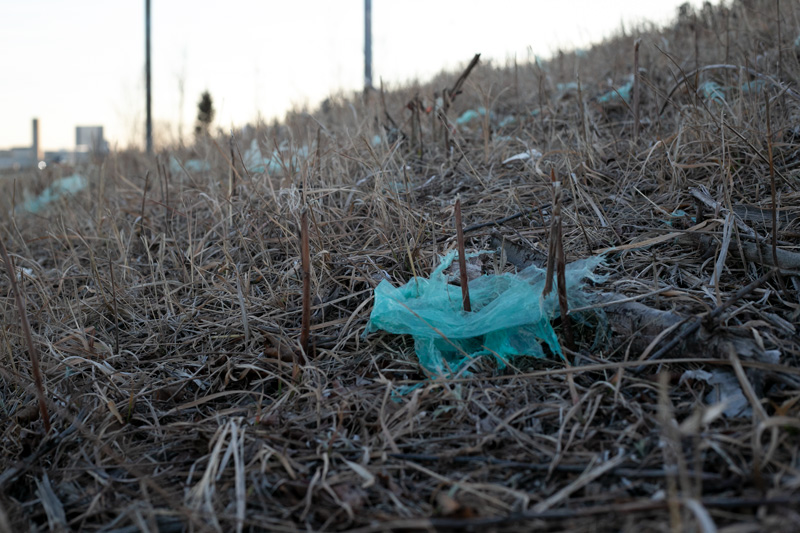 Lenexa resident Tadd Lucian is petitioning local and state agencies to clean up litter along I-435 and other local highways passing through Johnson County. The petition on Change.org has 355 signatures as of Wednesday morning. Above, trash is strewn along the 87th Street Parkway interchange of I-435.

A Lenexa resident is petitioning local and state agencies to clean up litter along I-435 and other local highways passing through Johnson County.

Tadd Lucian started the petition on Change.org Sunday. He’s calling on Lenexa city officials and his state representatives to take action to remove the litter that continues to pile up along the interstate highways, particularly I-435.

“I just think that there needs to be a conversation started to see what measures can be done to reduce the littering on the interstate,” Lucian said. “Littering is a problem. It’ll always be a problem. I’m not expecting to see clean interstates, but what’s happening right now, it’s just not right.”

Lucian is particularly sensitive to the trash issue at his exit for home along 87th Street Parkway.

“That’s the area of Lenexa that we’re spending so much time and money and effort into developing,” Lucian said. “So it’s like we’re trying to do really good, positive changes, and this is such an eyesore to this area.”

The Kansas Department of Transportation holds jurisdiction for the interstate highways weaving through Johnson County, which means the department handles all trash and litter inquiries. KDOT also handles littering fines.

In the Post’s previous report on this issue in September 2020, KDOT acknowledged the litter is a problem but not a priority when faced with other more pressing issues.

Keeping up with litter removal is challenging, especially when faced with the global COVID-19 pandemic, during which physical distancing measures prevent multiple people from being in vehicles and on site together to pick up litter along the highways. Meanwhile, the department has a laundry list of other responsibilities, particularly snow removal at this time of year.

KDOT considers the primary causes of the littering problem to be:

Some neighbors on Lucian’s Nextdoor discussion brainstormed options, such as volunteering. But Lucian is concerned with the safety of volunteers picking up trash next to fast-moving traffic. Besides, even KDOT acknowledged the litter problem is challenging to manage.

Lucian’s petition has acquired 355 signatures as of Wednesday morning. He said he plans to bring up the issue to his state representatives, including State. Sen. Dinah Sykes and Rep. Jo Ella Hoye.

Hoye said she wasn’t aware of the petition but also recognizes the littering problem.

“I can tell you that my third grader has a comment about this,” Hoye said by email. “He frequently mentions the issue, and he is very frustrated and saddened by the trash.”

Hoye urges travelers to stop littering. In the meantime, she’s exploring options at the statehouse to address the issue. She hopes to connect with KDOT as well.

“It’s not just trash off of the trucks on the way to the landfill; I also think that some groups who do the Adopt-A-Highway program may be on-hold due to the pandemic,” Hoye said. “I’ll do some digging and see what we could do as the state, and I would encourage communities to do some public outreach campaigns to prevent the litter from happening in the first place. It is disappointing to see how much trash there is out there.”