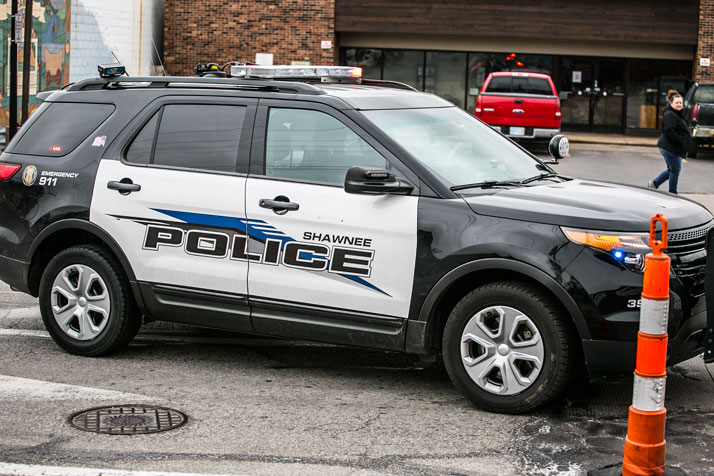 Shawnee is planning to establish an advisory board to review complaints of racial and bias-based policing as well as policy development for the Shawnee Police Department. Department leaders said they wanted to ensure the 5-member board will reflect the diversity of the city population. File photo.

The Shawnee Police Department is proposing to launch a new advisory board that would, among other things, look into complaints of officer bias.

The proposed Community Advisory Board for Racial Profiling Review and Policy Development would focus on the following objectives for the Shawnee Police Department:

“In an effort to provide another means of transparency related to Police Department operations, the Board would be used to review and advise the Chief of Police regarding the investigation process and resolution of complaints regarding racial and other biased-based policing,” according to a city memo.

The proposed advisory board would also be separate from the city’s Civil Service Commission, which governs promotions and discipline of all Shawnee police officers and also reviews appeals by officers for disciplinary findings.

A ‘measure of accountability’

While the Civil Service Commission is internal, the Community Advisory Board would be more external as “a measure of accountability” for officers’ interactions with members of the community, according to the memo.

In a presentation to the Shawnee City Council during its committee meeting Monday, Deputy Police Chief Ben Mendoza said keeping the two boards separate would avoid the conflict of the same entity reviewing both the investigation of a resident’s complaint against an officer and the officer’s appeal of any disciplinary actions arising from that investigation.

City staff proposed that members of the new board should reflect the diversity of Shawnee’s population. The mayor would appoint five members to the board after receiving consent from the Shawnee City Council.

According to city data, Shawnee’s population is about 86% white, 7% Hispanic (of any race), 7% Black, 4% Asian and a small percentage of Hawaiian/Pacific Islander/Alaskan native.

Support from the city council

Several members of the Shawnee City Council shared their support for the police department’s efforts to create accountability and transparency.

Multiple councilmembers also suggested changing the name of the board to ensure the community understands the board’s objectives.

“I really appreciate just the professionalism and the approach,” said Councilmember Lindsey Constance. “I think this is a great way to bring more residents in and let them be a part of making improvements in a police department that is already doing a really great job.”

Councilmember Lisa Larson-Bunnell also noted that some community members had requested establishment of this type of board in recent months.

“I so appreciate our police force being proactive and listening to those suggestions and saying hey, this is something that we do think can benefit our department,” Larson-Bunnell said.

The city council will formally consider an ordinance establishing the Community Advisory Board during its Feb. 22 meeting.

In other news, Chief Sam Larson said the police department is completing de-escalation and mental health training for several of its officers over the next three months.

Below is a recording of the committee discussion, which begins at 13:09.