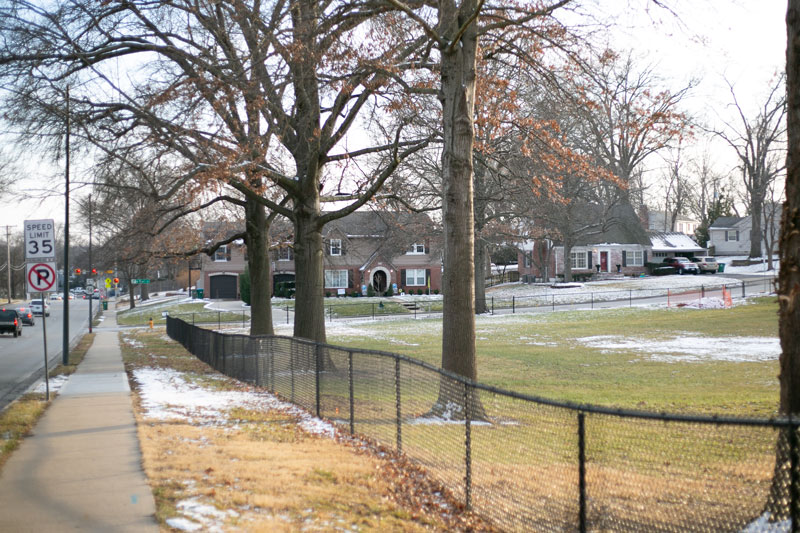 Westwood residents have expressed concerns that the green space at the former Westwood Church site is being used as an impromptu off-leash dog park. In response, the city plans to put up leash signage and waste bins.

While Westwood has considered several use possibilities for the former site of the Westwood Christian Church — including expanding the nearby Joe D. Dennis Park or Westwood View Elementary, for now the area at 5050 Rainbow Boulevard will remain green space.

Westwood’s parks and recreation committee recently discussed residents’ questions about the site, including concerns about the number of owners allowing their dogs to run around the area without a leash. Committee members agreed to develop language for adding signage indicating that dog leashes are required in the area, and also adding waste bins near the entrances of the green space.

Some residents also asked about potentially adding a fenced-in, off-leash dog area inside the existing fence, though it is currently unclear whether the city will move forward with that suggestion.