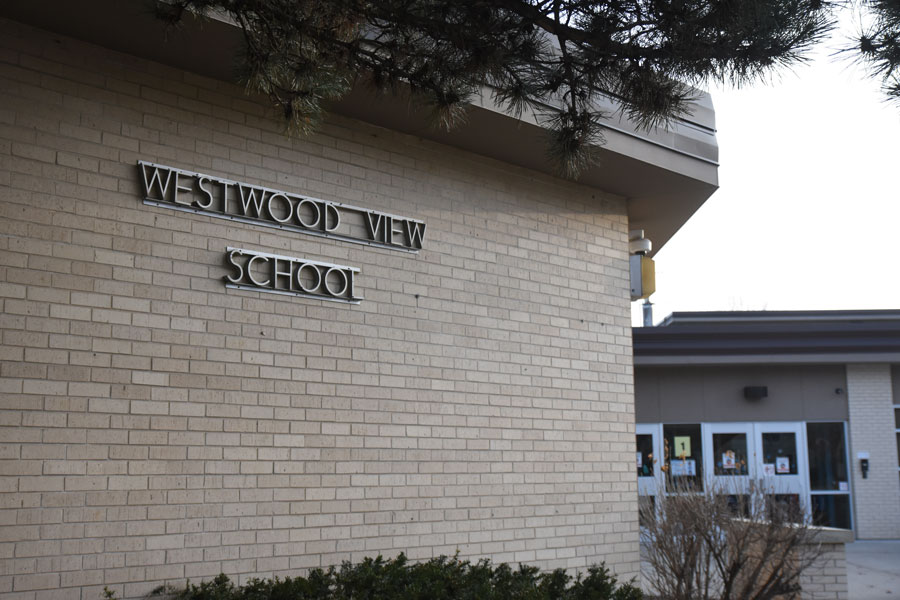 Westwood View Elementary School, 2511 W. 50th Street, will be one of the first schools rebuilt in 2021 following passage of the district's bond issue. The new school would be built at the former Entercom radio tower site near 50th Street and Belinder Road, land the district purchased in 2016. Photo credit Emma Kate Squires.

Shawnee Mission voters have approved a $264 million bond issue that will fund a slate of building projects throughout the Shawnee Mission School District, including the complete rebuilding of five elementary schools.

District officials also say the funds raised through the slight property tax increase will enable the district to address long-simmering concerns over teacher classload at the middle and high school levels.

Unofficial election results released by the Johnson County Election Office Tuesday afternoon showed 69.4% of voters backed the bond proposal, while 30.6% voted against it.

Turnout was 27.5%, with 49,662 ballots cast over a roughly three-week period in the completely mail-in election.

The last bond issue SMSD put before voters in 2015 passed with 83% of voters in favor.

That bond issue funded the building of six new elementary school buildings and construction of the district’s new aquatic center, among other projects.

The first projects funded by the bond revenues are expected to break ground this summer. Here is the timeline for the rebuilding of the five elementary schools, as laid out by Superintendent Mike Fulton during a Facebook Live interview with the Post earlier this month.

Other renovations and building work

In addition to the five elementary schools being rebuilt, there is a list of other renovations and work to be done, including:

The passage of the bonds also means the district will also try to address teacher classload concerns at the secondary level.

The new bonds, Fulton explained before the election, will allow the district to shift $5.4 million in salaries for custodial and maintenance staff from the district’s operating budget over to its capital fund.

That, in turn, will free up $5.4 million in the district’s operating budget to go towards hiring dozens of new middle and high school teachers.

With the bond issue, property taxes in the district will go up slightly.

The district will raise its mill levy, adding roughly $8 per year per $100,000 of assessed value for a SMSD homeowner’s annual bill.

So, a homeowner with a $300,000 home will now pay roughly $24 more per year in property taxes if this bond issue is approved.