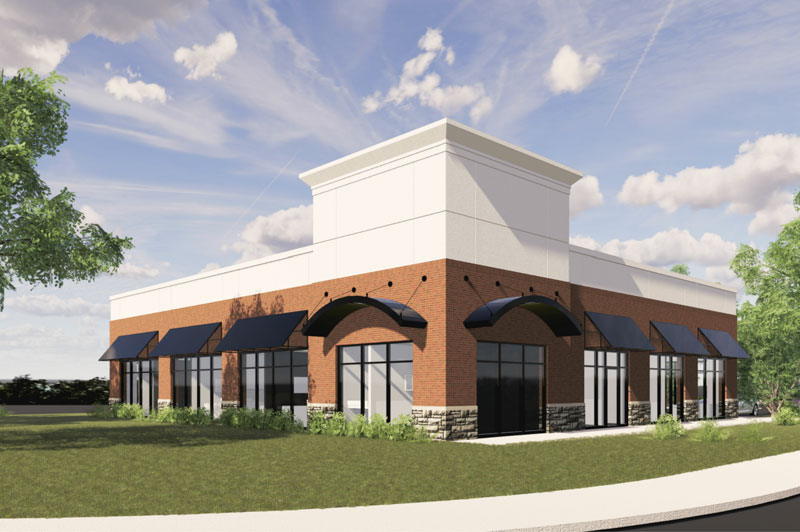 The proposed healthcare facility would only take up a small part of the larger area around the former Sears site at 97th and Metcalf. Retail and multi-family residences are proposed for other parts of the site. Image credit Feeler S. Architects.

Part of the property around the former Sears store on Metcalf Avenue may be developed as a new health care facility.

Wichita-based Walter Morris Companies has filed plans with Overland Park’s planning department for development of a small area at 9701 Metcalf, just south of where a new Chick-fil-A is planned.

An official at the developer declined to provide more specifics about who will be occupying the space or what kind of health services will be provided there because those agreements are still being worked out.

The plans filed with the city call for a building of about 5,000 square feet that would be located near the northwest corner of the site, closer to West 95th Street and Metcalf. The floor plan calls for exam rooms, a waiting and reception area, nurses’ station, a CT scan room, X-ray room and two trauma rooms.

The proposed health care facility would only be a small part of the larger area around which the former big box store stood. Retail and multi-family residences are proposed for other parts of the site.

The proposal will go before the city planning commission in March.