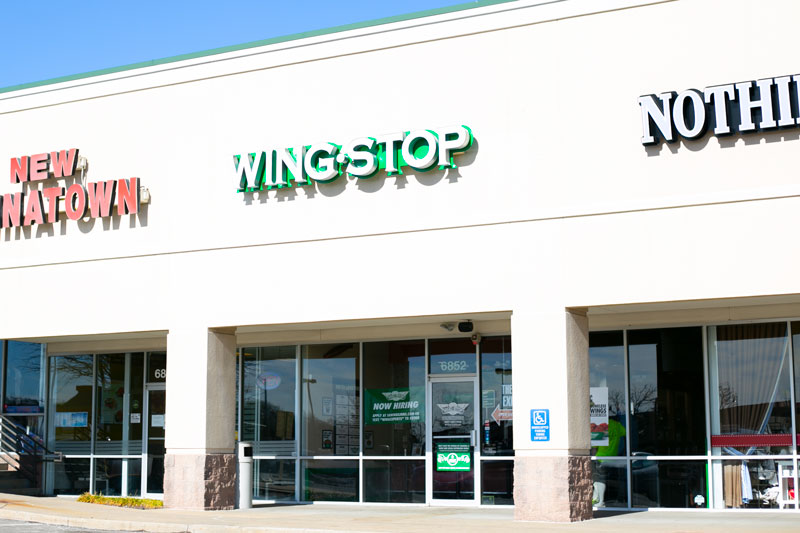 A WingStop is now near Chipotle and Rally House in Mission after opening on Jan. 11.

The city of Mission’s latest tenant, WingStop, is making itself at home on Johnson Drive.

Located in the former paint and sip space, San Antonio-based WingStop recently opened a new storefront at 6852 Johnson Drive, near Chipotle and Rally House. The new location, which opened on Jan. 11, is the second storefront in the Shawnee Mission area.

“During a big event like a Chiefs game, having a closer location for Mission residents was one of our top priorities when considering where we should expand within the Kansas City market,” WingStop marketing coordinator Ariana Barboza said.

Thus far, Barboza said customers have welcomed the new location with open arms. While it’s only been open for about a week and a half, WingStop’s signature lemon pepper wings are a Mission favorite, she said.

WingStop has 11 sauces to choose from, including garlic parmesan, spicy Korean Q and Hawaiian. Non-wing menu items include sides such as fries and baked rolls, and triple chocolate chunk brownies.