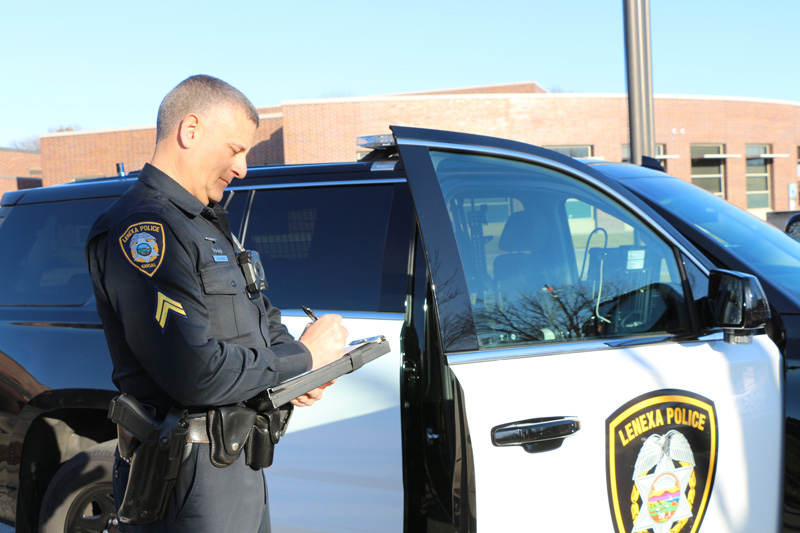 The Lenexa Police Department has brought a slew of technology equipment, included body cameras worn by officers, under a single contract.

The Lenexa City Council on Tuesday unanimously agreed for the city to execute a $1.1 million agreement with Axon Enterprise Inc. for the purchase and maintenance of the following:

The new single agreement terminates in five years. Ending those contracts and entering one single agreement also ensures all products and services are governed by the same terms and bundled into a lower pricing package.

Chief Dawn Layman said the body-worn cameras also go back 30 seconds prior to an officer’s firearm being drawn when recording an incident to ensure an incident is more fully captured.

“Sometimes, things happen very dynamically, very quickly,” said Layman outside the city council chambers Tuesday, where two officers stood on guard. “Like right now, these officers, their body-worn cameras are not on. They’re not contacting anybody, they’re not doing anything.

The new consolidated agreement also allows  for the following: