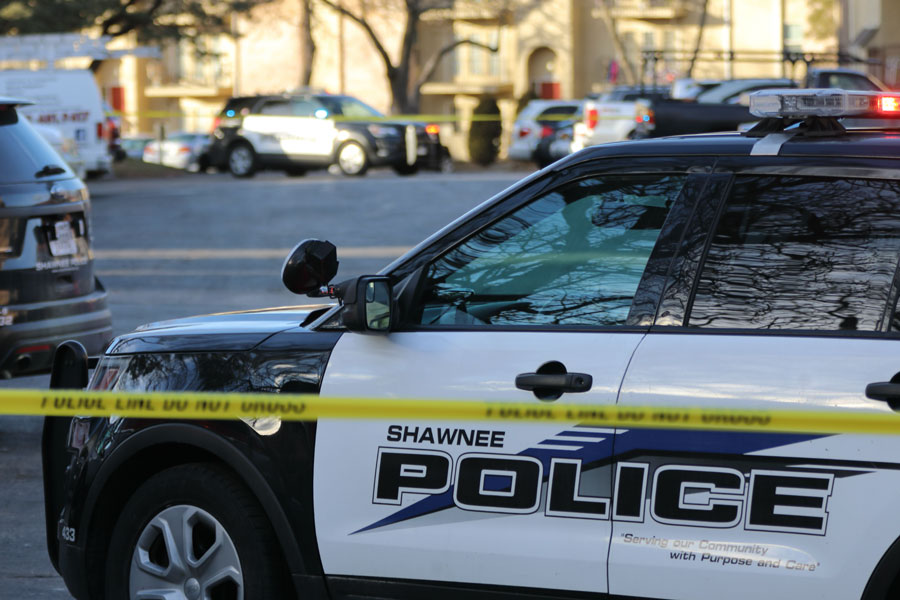 A 17-year-old male suffered at least three gunshot wounds during a shooting Tuesday afternoon at Park 67 apartments near 67th and Nieman in Shawnee. He was transported to Overland Park Medical Center in "stable condition." Photo credit Mike Frizzell.

A 17-year-old man has non-life-threatening injuries after a shooting Tuesday afternoon in the Park 67 Apartments near 67th Street and Nieman Road in Shawnee.

In a news release, Shawnee Police Maj. Jim Baker said officers were called to the 10900 block of West 66th Street to investigate an armed disturbance at 2:37 p.m.

“The victim reported that he met two unknown persons in the parking lot of the apartment complex, entered their vehicle, and a dispute occurred,” Baker said in the release. “The victim was shot in the hand, arm, and leg.”

Johnson County Med-Act transported the teen to the Overland Park Regional Medical Center. He was said to be in “stable condition.”

Shawnee Mission School District officers could be seen blocking off the parking lot entrances to Nieman Elementary, just across 67th Street from the apartment complex, as Shawnee officers searched for the suspects.

Officers with rifles, a ballistic shield, and K-9 were seen clearing a building at 6528 Reeder Street.

No suspects were located during the search.

In the news release, Baker said the suspects left in a dark-colored sedan.