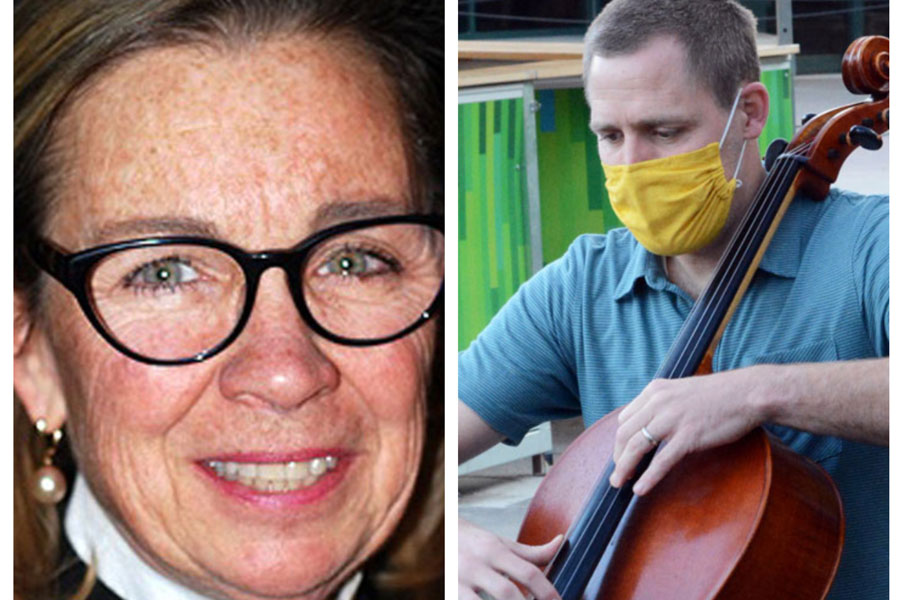 Two Shawnee Mission music directors are being recognized by the East Central Kansas Music Educators Association for their classroom excellence, according to a district press release.

The two winners were nominated by their colleagues for “exceptional teaching and support of music students,” according to the release.

She said she’s always tried to strive for excellence in her career, and would like to be the very best she “can be without worrying about awards.”

“I have two great loves in my life: music and children,” Snead said. “To be able to get up everyday, go to school and make music with children — it just doesn’t get any better than that.”

Wiebe has been SM South’s orchestra director for 12 years, and has been teaching strings to students of all grade levels throughout the SM South area, including teaching at Indian Woods Middle School strings for the last five years.

“Sharing his passion, Wiebe seeks to serve all students, as well as other programs through the school while enhancing the overall culture of our school,” SM South Principal Todd Dain said.

Snead and Wiebe will be presented with their award during the KMEA virtual, in-service workshop in February 2021.