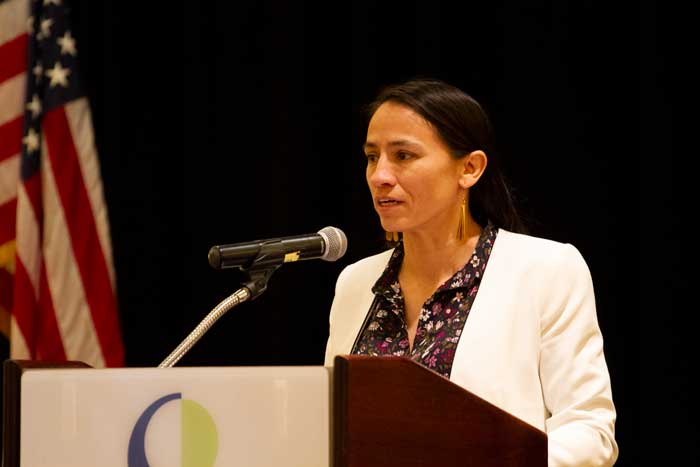 The state’s three other representatives, all Republicans, voted against impeaching the President.

Below is Davids’ complete statement, which her office released Wednesday evening:

“The attack on our nation’s Capitol last week was a direct attack on our democracy, and we have a president who not only condoned but encouraged it. Donald Trump has made it clear that he is unfit to serve as president of the United States. Moreover, he is a clear and present danger to our safety, security, and democracy.

“Today, I fulfilled my constitutional duty and voted to impeach Donald Trump. It’s my sincere hope that members of the Senate will put their country first and join us in removing him from office, as some Republican members of the House did today. Because while this is about removing a clear and present danger from the White House now, it’s also about 100 years from now and the precedent we set. We must make it clear that this president’s actions will not be tolerated – not now, not ever – and that he won’t be allowed to stand in the way of our democracy any longer.

“Before we can move forward and begin to heal as a county, we need full accountability for those responsible for these attacks that resulted in five people dead, including a Capitol Police Officer, and many more injured. There are multiple ongoing investigations into the tragic events that occurred, and I remain committed to ensuring that every person who played a role in this insurrection is held accountable.”

Below is a video Davids released on Twitter ahead of her vote.

I’m about to head down to the House floor and cast my vote in favor of impeaching Donald Trump. This is not an action I take lightly. But unfortunately, the president has left us with no alternative. He must be removed from office. pic.twitter.com/8mRsCvDcsP

Mission Community Food Bank to open second, fourth Thursdays of the month in 2021

The Mission Community Food Bank, located at 5601 W. 62nd Street (the Trinity Lutheran Church in Mission), is planning to be open on the second and fourth Thursdays of the month in 2021.

Participants are asked to enter the parking lot from Nall Avenue, and to stay in their vehicles while volunteers load the items.

The Prairie Village Tree Board is now accepting nominations for the 2021 Arbor Day Honoree.

Honoree’s are recognized for their positive and long-lasting efforts to impact the community, and can be living, deceased, or even couples. Nomination forms can be obtained online here, and will be accepted until Feb. 28.