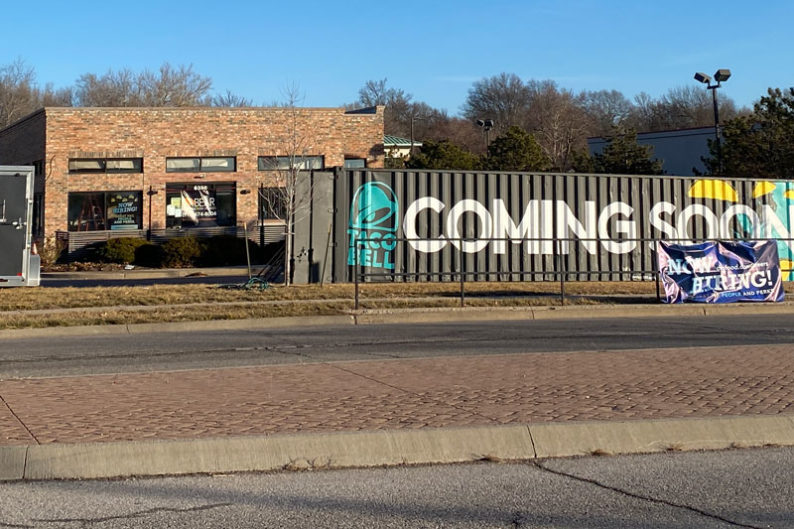 A new Taco Bell is headed to Johnson Drive in Mission and is on track to open in February.

A Taco Bell location is coming soon to Mission, right by its old stomping grounds.

The fast food chains’ latest local franchise is headed to the former Qdoba space at 6350 Johnson Drive, which closed in May 2019. Max DiCarlo with First Street Development said the group is excited about bringing the Taco Bell closer to Mission customers.

“We thought maybe we could improve, from an operational standpoint, and really bring back a nice, new Taco Bell to what we believe to be a very viable trade area,” DiCarlo said.

Taco Bell is no stranger to Johnson Drive: the building next door at 6402 Johnson Drive was a Taco Bell from 1984 to 2014. After sitting vacant for some time it is now a Starbucks.

Both previous Taco Bell locations were owned and operated by the same franchisee, and DiCarlo said the newest location will be owned by a different franchisee, First Street Development’s president SG Ellison.

While the new Taco Bell is on track to open in mid-February there is no specific opening date, DiCarlo said.