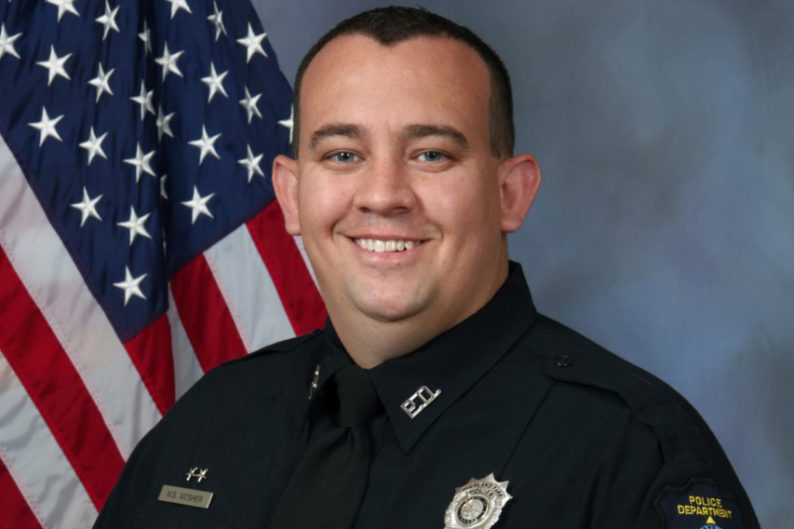 A section of 123rd Street in Overland Park has been renamed as Mike Mosher Boulevard, in honor of the fallen OP police officer who died in a shootout in May. Above, Mosher during an annual Shop with a Cop event. Photo courtesy Overland Park Police Department.

A section of 123rd Street between Blue Valley Parkway and Metcalf in Overland Park has been officially renamed Mike Mosher Boulevard, in honor of the Overland Park police officer who was shot and killed during a traffic stop last May.

Mosher died May 2, 2020, after exchanging gunfire with a hit-and-run suspect whom he had pulled over near 123d Street and Antioch. The suspect was also killed.

On Monday, the Overland Park City Council approved renaming the street after Mosher. New signs have been ordered and will be installed by Public Works staff soon.

“It’s a great idea. I’m excited that we can honor Mike in a timely manner,” Donchez told the committee.

Mosher was the second Overland Park Police officer ever killed in the line of duty.

A drunk driver struck and killed Officer Deanna Rose during a traffic stop in 1985. The city named Deanna Rose Children’s Farmstead in her honor.