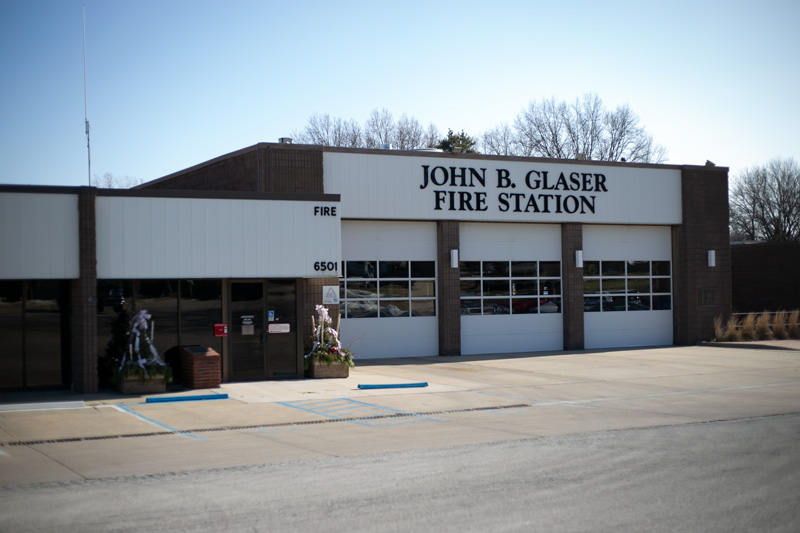 The city of Shawnee is planning substantial renovations for two of its fire stations, including Fire Station 71 pictured above— also known as the John B. Glaser Fire Station — which hasn't had major renovations since 1987.

The city of Shawnee is planning substantial renovations for two fire stations and has budgeted $1.6 million for the two projects.

Fire Station 71 — the Shawnee Fire Department’s headquarters that are also known as the John B. Glaser Fire Station — and Fire Station 73 both have aging facilities, inadequate capacity and other deficiencies for a department serving the city’s growing population.

Both fail to address privacy concerns for co-ed living quarters.

The Shawnee City Council is also interested in exploring costs to completely rebuild a new fire station for headquarters instead of renovating it.

About Fire Station 71: The John B. Glaser Fire Station was initially built in 1979 and served both fire and police needs. The last major renovation was in 1987, according to city documents. The station houses 12 operational fire personnel, two Johnson County Med-Act staff members, five administrative personnel and two fire prevention officers.

City staff said the department has outgrown the facility’s spatial and functional needs, and the building has  “significant” aging mechanical, electrical and plumbing challenges.

The city of Shawnee is planning substantial renovations for two of its fire stations in the coming months.

The latest: The city council on Monday unanimously approved a roughly $176,500 contract with GLMV Architecture to handle conceptual design for renovations of the two fire stations.

What’s next: The city will next hire a construction manager, review the design concepts and construction cost estimates, hire an architect for the second half of the projects, then approve final plans.

Construction is expected to start in the third quarter of 2021 and take about nine months to complete. Both fire stations are expected to operate during construction.